So we’ve had a few weeks now to digest some of the excitement that is SDCC. I’m sure if you weren’t there yourself, you’ve scoured the internet looking for information about your favorite fandoms and actors. If you haven’t found it already, here’s what we learned about the crew over at Bob’s Burgers!

While there wasn’t a whole lot of “meat” regarding what we’ve got in store for Season 9, there were still plenty of exciting little tidbits of information for those who looked for it. One of the heaviest questions posed at the panel had to do with the currently uneven balance between men and women for the main cast’s voice actors. Mainly because even though there are 3 animated female characters, Kristen Schaal is the only female voice actor. Without changing the voices behind these iconic characters, Bouchard’s answer is the most logical path to evening things out, “I don’t know what to do except to strive to do better… we have to have balance.”

If you didn’t know already, there is a Bob’s Burgers movie in the works! While we don’t have a concrete official release date yet, Loren Bouchard has mentioned a 2020 planned release. The panel didn’t dangle any major plot points our way, but they DID mention that Kuchi Kopi and Louise will have some moments together. Since Kuchi Kopi has become the unofficial symbol for insanity and craziness throughout the show, we can only imagine what nutty hi-jinks those two will end up getting into.

In addition to their panel, the cast made an appearance at a nearby local favorite, the Shake Shack! The Shake Shack teamed up with the Bob’s Burgers crew to create the “Can I Have Your Slaw-tograph Burger?”, which sounds positively delicious. This show themed burger came with american cheese, BBQ pulled pork, pickles, jalapeno, and scallion slaw. They had buses decked out with Bob’s Burgers artwork ready to shuttle guests from SDCC to the Shake Shack on July 21st and 22nd.

So we didn’t get a huge amount of spoiler-worthy information at this year’s panel, but as per Bob’s Burgers style we did have a lot of fun. Get ready for Season 9’s premiere on September 30th on Fox and the Movie premiere sometime in 2020 maybe… Do you have any predictions about the upcoming movie? Leave them in the comments below! 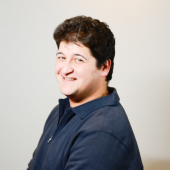 Jane the Virgin Season One Recap

Black Lightning 2×16: “The Book of the Apocalypse-Chapter Two: The Omega” Finale Recap and Review