Viz Media brought its a-game on this weekend by giving fans a panel with My Hero Academia’s creator Kohei Hoikoshi at San Diego Comic Con. This anime series has been seeing a lot of popularity since the anime series aired in 2016, but the manga has always been a popular read. Viz Media and Funimation also brought in voice actors Justin Briner and Christopher Sabat, the voices of Deku and All Might.

The panel included questions for Kohei, mainly discussing what his inspiration was for the series and what being a hero means to him. As an inspired mangaka, Kohei answered that he’d loved to draw since he was young and wanted to have a job that reflected that. As for being a hero? Being someone who brings peace; although, he did say that this answer has continued to change as he works. Perhaps we’ll get a new answer in the future!

In addition to questions, Kohei treated fans to a live drawing done by Kohei with some upcoming news on the My Hero Academia series. Funimation has previously announced that the new movie, My Hero Academia: Two Heroes, will be out in theaters September 25. We also have the new spin-off manga, My Hero Academia: School Briefs, coming out to the United States in Spring 2019.

If you’re a fan of anime, you should be following this series. It’s about heroism, courage and friendship in a world where being normal is being extraordinary. It’s no wonder the series got to the level of popularity it’s currently at. We’re excited for the movie and spin-off because it will hopefully develop stories and world building that much more.

Viz Media will continue to publish bi-monthly publishing of the English My Hero Academia volumes and Funimation will, as always, continue to do the simuldub of the current season a week behind their original air dates in Japan. 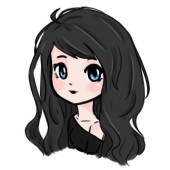 Interesting Tidbit on Season 5 from The Mindy Project