“When a murder investigation reveals the dark side of Hollywood, Chloe puts her life on the line to protect an innocent victim. Then, Lucifer comes up with a hell-raising scheme to help Cain, but when Amenadiel and Maze get involved, things don’t quite go as planned.” – Fox

“Infernal Guinea Pig” (what a title) opens with a history lesson regarding Cain and Abel taught by Lucifer.

So, last week I thought Lucy was going to use time travel to stop Cain from killing Abel but actually he plans to just unkill Abel. He is going to dive back into Hell and pull Abel out and drop him in a new body. Pierce is ecstatic to find out Abel is Hell’s oldest tenant.

An explosion and a crime scene. Just the place for Lucifer to find a freshly dead body for Abel. Lucifer will be working this case with Pierce much to a jealous Decker’s dismay.

The bomb was sent via a messenger. The intended target was Alexa Lee but was not at the office at the time. The messenger was killed in the explosion and the assistant, Bree was sent to the hospital in critical condition, perhaps a body for Abel.

At the hospital Lucifer and Pierce investigate for a body. Bree won’t do she’s far too young, don’t want to be stuck with Abel very long. A much older gentleman is picked out. At the same time Bree dies and Abel wakes up. Lucifer may have misplaced Abel’s soul in Bree’s body. Pierce’s curse should be lifted but he still has the Mark of Cain. Back to the drawing board.

Abel slipped out and Pierce and Lucy are on the hunt for him/her. Love these two teamed up.

Alexa Lee is a Hollywood producer with many enemies. One particular person wasn’t a very big fan of her film the Plunge and sent quite a bit of hate mail. Dan’s a big fan of the Plunge. Decker and Dan match the handwriting to some conspiracy theory nut.

Remember how Linda was going to give Charlotte therapy. Well, that’s happening. She wants to recover her lost memories. It doesn’t work so well.

Pierce and Lucy ask Maze for a little help finding Abel. Cain was the star of Abel’s hell, killing him repeatedly. Apparently in Hell Abel learned a lot, so essentially, he is well adept for earth. Abel just thinks he is in another Hell loop.

The conspiracy theory nut isn’t very welcoming to Decker and Dan. They are greeted with a sniper rifle. His letters weren’t threatening her, he was warning her because her movie ruined a very serious issue, a magma flood or something.

Abel is out in LA and trying to score with the ladies. Amenadiel catches up with him/her and gives him a gun to kill himself with. Pierce and Lucy have been searching strip clubs for him all day. Lucifer has concluded that Abel may have to kill him, maybe that’s why Amenadiel wants him to kill himself.

One of the nut’s other theories may actually be true. He had suggested the Bolivians wanted to kill Alexa. And guess what. The bomb was made with fertilizer readily available in Bolivia. Members of the Bolivian drug cartel were spotted by TSA this morning. And one of them tried to kill Abel. Don’t worry Abel shot him first and ghosted like Swazye. Now Lucifer, Pierce and Amenadiel are all together. I want answers from Amenadiel.

Yeah, Amenadiel just didn’t want to lift Pierce’s curse. He needs to stop being a daddy’s boy. Amenadiel is going to keep trying to send Abel back to hell. Since the cartel is involved, it’s time to let Decker in on the loop.

Now it looks like the cartel wants to kill Bree instead of Alexa. Lucy and Decker are back together and Pierce is by himself looking for “Bree.”

It seems there was something fishy going on with Bree. She was the only one who dealt with the Bolivians at the office and she has a bio-metric lock on her filing cabinet.

On the bright side if Abel doesn’t end up dead he/she may end up in prison.

Pierce is back again looking for help from Maze. She’s all in if it’s against Amenadiel’s wishes. And maybe Pierce is actually dead now. Abel busted in and shot him.

He’s not dead. Now really back to the drawing board. Abel finally knows he is out of hell. To protect “Bree” from the cartel he brings him in for questioning. Which is great because he just hits on Charlotte and Decker the whole time.

Amenadiel is caught in a trap set by Maze. Decker and Lucifer bring “Bree” to the office to open the filing cabinet up. And Alexa may actually be the one involved, she collected Bree’s belongings from the hospital and rescheduled her Pilates class so she would be out of the office at the exact time the bomb went off. Bree could’ve been a whistle blower not a criminal. 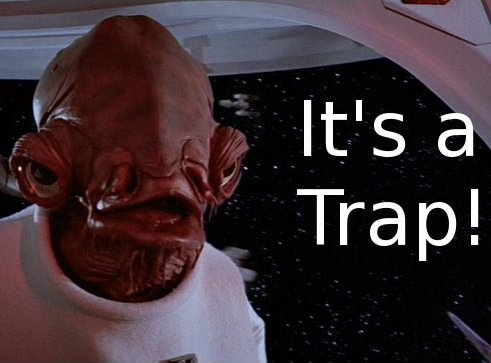 It’s a trap! The cabinet’s triggered to blow once Bree’s removes her finger from the lock. Abel is now stuck with his finger pressed to the lock. With some coaching from Pierce, Decker is able to defuse the bomb like a hero, much to Lucifer and Dan’s protest.

They were able to pull a print from the cabinet to incriminate Alexa and she flipped on the Bolivians with zero hesitation.

Charlotte tries therapy again. It goes much better this time.

Cain and Abel have a civil official re-meeting.

Lucifer has to call off his alliance with Pierce. Decker was in danger and he will not do that again to her. Pierce understands but says he isn’t done, as long as Abel is alive he has hope.

Abel is hit by an ambulance crossing the street.

I need more Lucifer and Pierce team ups in my life.