Established in 2005, Animé Los Angeles is an annual four-day anime convention celebrating its eighteenth anniversary during the first week of 2023 at the Long Beach Convention and Entertainment Center in Long Beach, California. Animé Los Angeles will host many events this year, including The Masquerade, The Fashion Show Boutique, The Twilight Gala, and more. The Masquerade is essentially a cosplay contest where cosplayers of all ages and skill levels are brought together to show off their costumes and dazzle the judges for a chance at winning fabulous prizes. It is scheduled to start Saturday, January 7, at 7 PM on the Main Stage. The Fashion Show Boutique, scheduled for Friday, January 6, at 4 PM, will be located inside the Exhibit Hall to showcase famous fashion designers and present convention attendees the chance to purchase pieces from their collections and learn about their creative process. Attending designers include Natashia Miyazaki, Kristin Costa, Miss Alphabet, and more. The Twilight Gala will be held Thursday, January 5, from 7 PM to 11 PM in the Seaside Ballroom at the Long Beach Convention Center. Attendees are welcome to dance in whatever fashion they choose, but there will be various awards for anyone who stands out. Formal wear is encouraged. Other convention events include Cosplay Chess on January 6 at 2 PM, the Anime Music Videos (AMV) Contest on Thursday, January 5 at 7:30 PM in Main Events, and the ALA annual 18+ after-party hosted by Cosplay Deviants on Saturday, January 7, from 10 PM – 2 AM.

There will also be karaoke contests hosted in the Interactive Programming Room, Room 103C – 1st floor of the LBCC, swap meets at the Seaside Foyer, e-gaming in the Game Room, and artist alley in the Exhibitor Hall where you can meet and buy from dozens of creators. The Maid Cafe can also be found in the Exhibitor Hall, open to all attendees! And if you like making new friends and collecting ribbons, check out the convention Ribbon Station!

Who Will Be There:

Will we see you at Anime Los Angeles? Tell us in the comments what you are looking forward to most! 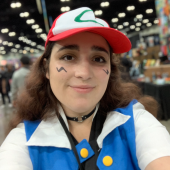 SDCC 2016: What We Are Most Excited For on Saturday