Have you ever been curious about anime but don’t know where to start? Then, you’ve come to the right place! Here’s a rundown of what anime is and where you should start, based on the genres and shows you already like.

Well, this depends on who you ask. In Japan, it just refers to animation, no matter the origin or style. In English, it is mainly used to refer to Japanese animation. Some even claim it must be in a certain artistic style or must be based on a manga (a Japanese comic, usually published in serialized form in magazines, then in volumes, but sometimes just one or the other). In America, animation made in that style outside of Japan is usually referred to as “anime-influenced,” even though it would just be anime in Japan!

The best part about anime is that it can be any genre, any storytelling style. In Western culture, animation is usually limited to children’s entertainment and lewd “adult humor.” However, in Japanese animation, this simply isn’t the case. You get more complex stories for adults for animation and stories for children that are just as good, if not better.

So, Where to Start?

As previously stated, anime covers a wide variety of subjects. There can be anything from grand adventures to simple day-to-day life. So here are a few popular ones that are good options for the novice anime watcher!

Now, this is held up as a pretty good example of anime by a lot of fans, even with its flaws. The follow-up series, Naruto Shippuden, is widely regarded as much better. This spin-off sequel involves Naruto’s son, as well as the children of some of the other cast, Boruto. However, it is pretty universally hated.

The show is about a young orphan, Naruto Uzumaki, who wants to be a ninja, and, even more, aspires to be the leader of his village. If you love action, especially with fantasy elements, this one might be for you. It’s like a classic fighting game is a tv series!

Do you like dark fantasy and mysteries? Then, this might be the one to go with. Unfortunately, there’s only one season, but it’s a long one (I’ve not finished it, to be completely honest, though I’ve watched the first few episodes many times and know how it ends. No spoilers, though!).

The show centers around a bored honors student who finds a “Death Note,” the notebook a shinigami, or god of death, writes in to kill people and the detective whose goal is to stop him. I think a good one to compare this to is The Umbrella Academy. It has that cat-and-mouse detective and villain element, though, which is pretty fun to watch.

Often described as a space western, this one is about a bounty hunter and his partners and their adventures. Sci-fi lovers, especially those of Firefly, will probably enjoy this one.

There’s a Netflix live-action adaptation now, too, though it’s not particularly popular.

This is a super dark action fantasy. While it’s super popular, I don’t particularly recommend it unless you really just want to give it a chance. The mangaka, or artist and writer of the manga, is a very flawed man, and the story shows it. I’m including it on the list for its popularity.

It centers around some young people in a walled city that is often attacked by titans, people-eating giants with horrifying visages. There’s a whole lot of death in this one, guys, so proceed with caution.

FMA:B, as it is often called online, is a versatile fantasy story about alchemy, family, and loss. It features a disabled main character who absolutely kicks butt. A remake of the show Fullmetal Alchemist, it is considered by most fans to be the better version. It features two brothers, both of them having faced terrible losses. It follows their adventures in search of the Philosopher’s Stone to restore themselves and the elaborate secrets they discover. I recommend this one for fans of things like Harry Potter.

This fantasy adventure is good for those who like fantasy RPG video games, as it takes place inside of one. It can be dramatic at times, but the first story arc, at least, is very enjoyable if you can handle the feels.

It follows two teens who get trapped inside a virtual reality video game, along with many others, on the game’s launch day. There’s a catch: If you die in the game, you die in real life. It features a touching love story and some pretty cool side characters. It definitely pulls at the heartstrings.

Calling all superhero lovers! This story of superheroes in training might tickle your fancy. Does anyone remember the movie Sky High? Think that, but way more dramatic.

The main character, Izuku Midoriya, is a powerless person in a world of people with superheroes. His deepest desire, though, is to be a hero like his personal idol, All Might, and help people. However, hero school might be a little hard on him.

Need another dark fantasy? Try this one, full of demons and blood. The story follows a demon slayer with a demon sister. It’s pretty tragic at times, and our hero, Tanjirou, is very compassionate and kind. If you’re looking for something somewhere between The Witcher and The Hobbit, with a good dose of Japanese culture, try this one on for size!

For lovers of sports movies, there is plenty of great sports anime. This one’s a fan favorite, though!

Haikyuu!! is specifically a volleyball anime, and it’s an underdog story, a classic formula that almost never fails.

This one’s not so popular yet among long-time fans, but one of my all-time favorite romances. It’s a romantic comedy slice-of-life featuring an outgoing girl and a shy boy. The girl, Marin Kitagawa, dreams of being a great cosplayer, but she can’t sew to save her life. The boy, Wakana Gojo, is an artist who makes Hina dolls, a beautiful kind of Japanese doll. He sews very well, having made plenty of doll clothes. When Kitagawa finds out he can sew, she recruits him to help her make the costume that will allow her to become her favorite character. Is it obvious how much I like this one yet? Starting with this is a pretty good introduction to slice-of-life romance, but there are plenty more anime like this!

Go Forth, and Watch Your Anime!

I hope there’s something on this list that you found intriguing! Anime is a very versatile art form, with plenty of variety to satisfy every fan. Godspeed, you future anime lovers! 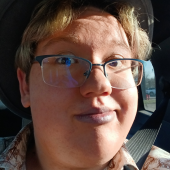 Ceisle (SEE-suhl), he/him. I am a novice writer and aspiring novelist. I write for The Game of Nerds and publish fanfiction in my spare time. You can find some of my fanfiction on Tumblr at https://apricot-boy.tumblr.com/ and more on Archive of Our Own (AO3) at https://archiveofourown.org/users/apricot_boy

Why You Should Be Playing: Dragon Ball Xenoverse 2