This post was going to focus on the companions of the Thirteenth Doctor, however, after last week’s groundbreaking episode, I will be covering that in future blogs instead. Without further ado, let’s get to it gang.

I was really captivated by the sociological theme of the episode. An Earth that had been destroyed by climate change. It’s a pretty contentious issue to explore and one that usually divides opinions. So, bravo, to the DW writing team.

The world the Doc and her fam found themselves on this week were an Earth that had been decimated by global warming. Although this is not apparent from the get-go. At first, we are led to believe this is an alien world, nothing usual about that. We meet several intriguing characters and it’s not long before our heroes are on the run from the usual alien threat of the week. Or so it seemed! Bit by bit it became clear through some clever clues where the Tardis had landed. This was Earth, this was our planet and worryingly our fault.

I am pretty impressed with how the writers covered the subject of climate change and without preaching too much either. Where some shows fail at delivering messages through narrative DW managed to strike a nice balance.

Of course, there were some people who disagreed – such is life and as I said before, with this issue, that’s not exactly a shock! Curious, I checked out Twitter and it seemed there were indeed some who thought the episode was too obvious and thrust the message down their throats. Whereas others praised the storytelling for daring to go there.

Telling this kind of tale there is a fine line and certainly, we as viewers don’t want to be told what to do or have the obvious pointed out to us.

As far as I am concerned it didn’t even get into the climate change reveal until the second half. There was plenty of drama going on too, we had a father acknowledging his son’s talent at long last, a daughter with a bomb out for revenge, a major sacrifice, and a tragic proposal. Side note, fam, how cute were that older couple? Did they both have to die? My heart is still hurting.

I digress, I do think DW got it right and I really enjoyed the episode. It didn’t get straight to the theme. There was a subtle build-up and it looked like the main story was going to be about a mother and daughter meeting again after separation. Disaster loomed and as the Doctor worked to find a solution the pace picked up dramatically and then we discovered where our fam was.

Yaz and co are horrified at the loss of what was/is their home. As the Doctor brings up this is just one reality and it’s up to us to change the future by taking action today. For me, her ending statement nailed it in the head.

“But it’s not decided. You know that. The future is not fixed, it depends on billions of decisions and actions, and people stepping up. Humans. I think you forget how powerful you are. Lives change worlds. People can save planets, or wreck them. That’s the choice. Be the best of humanity.” 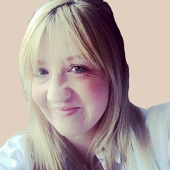 I'm Kirsty Penn, and yes that's my real name. I'm a Creative Copywriter and Content Marketing Writer with a background in counselling skills/mentoring, media studies and drama. Pretty interesting combo, right? This gives me a unique perspective when I’m writing content. I’m interested in the people behind the curtain as much as the brands themselves. I want to find a voice that works for your business and SPARK your content INTO LIFE. ​ I have worked with women for six years to empower them to find independence using counselling and mentoring skills. ​ Hence, why I now write for the Well-being industry. At this very second, there are people waiting for your help. They need to know who you are and how you can change their life for the better. Choose to work with me and you will be more VISIBILE and attract the WRITE people to your service. Contact me to spark a conversation about how I can bring your words to life.