Gaming Improves Your Social Skills. Is It True?

The subject of gaming has been subjected to considerable debate. There have been many heated arguments discussing the impact of gaming on our lives.

We can’t deny the fact that there are always two sides to the story – the good and the bad. More than often, the general population tends to highlight the negative aspects of gaming while completely ignoring its positive impact on the masses.

When it comes to social skills, gaming has earned a notorious reputation for instigating isolation, especially amongst children. However, as we mentioned before, there are always two sides to everything. Considerable research is being carried out in this area to find out more about the impact of gaming as a recreational activity. Is a mere hobby doing us more harm than good?

Let us first look at the negative effect on gaming on social skills.

The most commonly reported issue amongst the younger demographic is promoting isolation and separation from others during their playtime. However, many other problems come into the mix, such as addiction.

Video games are addictive. There is no denying the fact. Their addictive nature is known to sprout many family feuds, unhealthy habits, and fights amongst friends, and more. According to reports, 85% of college men are video game players. Additionally, one in eight men is said to develop addiction patterns. Not only does gaming show a correlation between lower grades, but it also highlights a relation with increased alcohol and drug use.

Video game investors and company owners are considering these staggering statistics to improve engagement while making sure that it is not leading to severe issues such as addiction.

Some children find it challenging to interact with others generally in the real world and only feel like they can connect with others well over video games only. An addiction to video games not only harms their interaction potential, but it also pushes them to lose contact with friends.

If you are a concerned parent wondering if your child is addicted to video games, here are some signs you should watch out for.

Apart from addiction, anxiety is another byproduct of gaming. Video games are competitive, and when gamers find themselves in a position where they keep losing, they feel angry, frustrated, and anxious. This anxiety may worsen over time if you do not stage a timely intervention and reduce the number of hours for which the child chooses to play.

Now that we have discussed some of the adverse outcomes of gaming on your social life, let us shed some light on the lesser-known positives.

According to a study conducted by Columbia University’s Mailman School of Public Health, children who spent a significant part of their childhood playing video games were found to be more competent in school. Higher overall competence in school has been shown to result in overall enhanced social skills.

Video games help establish friendships, both online and offline. They are a frequent topic of conversation amongst the younger population. When children look to make friends, they try to find common ground over which they can base their interactions. From strategies and graphics to favorite characters to everything in between, video games happen to be a hot topic. They could be using the same forum for playing the same games, such as Unlimited Gamez Mo. For this reason, many children are now getting into gaming because they wish to share the same interests as everyone else.

In addition to real-life friendships, children are now able to befriend people online. Yes, online gaming raises many red flags, but this is where parents come in to monitor who their child is talking to.

According to a 2012 study, prosocial games encouraged teamwork among players assisting them in co-operating and helping each other. Gaming has proved to be an effective team-building exercise that promotes healthy and helpful behavior in children. It enhances communication enabling reclusive children to break out of their shells and embrace open discussion for the greater benefit.

Healthy gaming may seem entirely out of reach for some, but in reality, fortunately, you can ensure that your child only benefits from it.

If you notice that your child is displaying unhealthy living habits, avoiding communication, or not performing well in school, you know it is time to intervene.

Talk to them and be open to their point of view. It is natural to react as a parent, but you must keep an open mind and listen. This exhibits respect and understanding – two things every child responds well to.

You must ensure that your child’s gaming space is not a secluded one. Tell them to play in the family room, so it is easier for you to monitor them repeatedly.

Routines were invented for a reason. They invoke discipline. A routine is necessary for video gaming considering its addictive nature. Limit the number of hours your child spends playing games so you can actively prevent them from wasting their time and instead focus on everything equally, including studies, outdoor activities, family time, etc.

What makes your child want to indulge in gaming? Just ask them. It is natural to feel curious. Yes, they are fun, but what else. Is there a particular motivation behind it? This will enable you to understand your child better and improve communication between you two.

Video games are super engaging and interactive, which is what makes them so easy to enjoy. From realistic graphics to gripping plots, video games are more creative than ever. Video games are comparable to an alternate universe. You create your world where you can control things. While some think of it as an idea that promotes escapism in a way that prevents a person from dealing with reality, in fact, escapism is a fundamental day-to-day need. Some like yoga, others like exercise, and some choose to relax with the help of video games. To each, their own. What matters at the end of the day is that you are not overdoing it because anything in excess is overkill.

While video games create a beautiful painting of parallel existence, it is nothing compared to the beauty of reality. Learn to benefit from video games and help improve your social skills instead of focusing on the negatives. 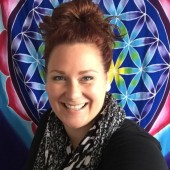 ‘Ori and the Will of the Wisps’ Looks Amazing, Even with Only a Trailer

The Heroes Of Smite~ Da Ji, A Chinese Nine-Tailed Fox