The President of the United States declares war on the Gran Colombian Empire in the beginning of the second episode. The only problem is that the United States does not have a functioning military after the surprise attack in the first episode. Immediately the show reestablishes the most consistent theme of The Last Ship: the crew of the Nathan James versus everybody.

Acting Captain Kara’s speech lets everyone on the ship and everyone watching at home that it is back to normal for everyone on the Nathan James. They’re alone in the middle of the ocean with very little fuel, weapons, and technological support.  There’s only one way to see the best of everybody on this show and that is when they are pushed down and are expected to do the impossible.

This episode sets up three different threads where various crew members are faced with something “simple” they have to do just to regain their bearings after the attack. First, Tom Chandler is at the home base trying to figure out just how the cyber-attack occurred and what to do about it.  He immediately calls upon Clayton Swain who had a perfect explanation of how a cyber-attack might occur. Swain figures out how the attack occurred and immediately gets a job based on nothing but a paper from his college class (probably the most unrealistic thing to occur on this show). After that the best plan of action is to just wait on everyone on the Nathan James to save the day. Captain Chandler knows this but convincing all of the other top ranking military officials turns a simple plan into something nearly impossible. Chandler isn’t the only one that has to deal with this.

On the Nathan James the crew consisting of Mike Slattery, Kara Foster, Carlton Burk and others are faced with the simple task of refueling and resupplying. The only problem is they are missing half their tech, most of their weapons, and have no idea about the enemy’s movements. This simple plan gets ruined by an enemy ship that the Nathan James cannot see and is patrolling the area where all of the refueling and resupplying happens. This is where the show stretches its legs and flexes with its nautical action sequences. The added pressure of basically having a hand tied behind your back makes from compelling and entertaining television.

The final group is in the heart of the Colombian jungle. Danny Green, Sasha Cooper, Wolf and the rest of the Vulture team are trying to blow up the bridge to stop the evil Gustavo’s plans. Everything is set up for the rebels and Vulture team to get their mission done until Danny and an old friend are taken hostage. Before you know it all three threads have had their simple tasks blown up and are faced with deathly serious circumstances.

First, Chandler handles everything at the base by being cool, calm, and collected. Also, by absolutely believing in the crew and his new young recruit. Kara and those on the ship handle their business in true The Last Ship fashion by using inflatable rubber ducks, submerged Eddies, and a whole lot of other (maybe?) made up Navy terms. The team in the jungle use their Special Ops skills to do everything in their power to save Danny. After they do that they’re left with the moral dilemma of pushing forward despite insurmountable odds. It is pretty obvious what they chose. The crew of the Nathan James manages to establish connection with Chandler and home base. Most of the simple plans were taken care of despite some major difficulties.

While all of these are going on the show gives a few glimpses into the life of the enemy Gustavo. Early in the episode someone makes a comparison between Gustavo and Escobar saying that both did just enough good to keep the people happy. It becomes very clear that the Gustavo character is basically an Escobar clone. One of the most important aspects of this is that he has very few loyal people to him and he uses fear and violence to enforce his rule. Both of these factors should play a key part later in the season.

The end of the episode suggests that this was only the first fray in what is to be an exciting battle. 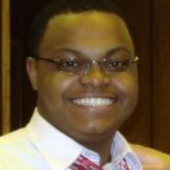 There is a Goose… Need I Say More