The Most Romantic Doctor Who Episode of All Time (and Space)

David Tennant always was, and always will be, my Doctor; the one who makes me swoon. Emotional, sensitive, humanitarian, and above all, romantic, Tennant soothed my teenage girl soul at the height of my Who obsession. The Tenth Doctor is often touted as the one who regains his humanness in the post trauma of the Times Wars. Ten is the one who is willing to break the rules for love. From his tragic love affair with Rose Tyler, the introduction of River Song, the re-emergence of Sarah Jane Smith, and his rejection of Martha Jones, it is clear that Ten is the damaged, starry-eyed, alien of our dreams, not to mention a total heartbreaker. As a self-proclaimed hopeless romantic and Tennant fan, it is no wonder that my favorite episode of all time is the Steven Moffat classic of series two, “The Girl in the Fireplace”.The essence of romance is tragedy and the essence of tragedy is time, which is why the Whoniverse is prime real estate for the perfect love story. The enemy of love will forever be timing, that missed connection that changes a meant-to-be moment into a Romeo+Juliet level mishap.

Rose, Mickey and the Doctor find themselves aboard an abandoned space vessel which contains portals to different times in the life ofMadame de Pompadour a.k.a Reinette, socialite of eighteenth-century France and Mistress to Louis VX. The Doctor and Reinette first encounter one another through the fireplace in Reinette’s childhood bedroom. The Doctor saves 7 year old Reinette from the quietly menacing clockwork android that is hiding under her bed. When he leaves through the fireplace and returns again to her room, through a technical glitch in in the portal, months have passed. On his third encounter, the Doctor finds that Reinette has grown to adulthood. She is beautiful and perfectly mannered, the kind of woman who, in spite of her societal confines, climbs to the top of her social ranking. For Reinette, the Doctor is the savior of her childhood, an imaginary friend, the angel for whom a world of demons might be tolerated. They share a swift and passionate kiss and what is a day long romance for the Doctor becomes a lifelong affair for Reinette.

The Doctor is an inherently romantic character because for him, like any immortal being who falls in love with mortals, loving means inevitable loss. However, Tennant is the one Doctor who is willing to get his heart broken. The Doctor enters Reinette’s memories to search for clues. He discovers that the clockwork android who plagued Reinette’s childhood is one of many. The androids have been stalking her throughout time and space to harvest her brain and repurpose it as the computer of their broken ship. He also finds that Reinette can can just as easily read his mind, and the intimate details of their lives are shared without speaking.

When the clockwork androids attack Reinette for the final time, the Doctor makes the ultimate sacrifice for her. He smashes through the time portal thereby breaking the connection between worlds and leaving his life as a time traveler and his companions behind. He makes his final entrance into Versailles via horseback, shattering the mirror in the ballroom. Reinette’s brain is saved when the clockwork androids are destroyed and it seems that the Doctor might stay in her world forever. For a moment the Doctor is fully human, fully present in only one time. But for a story to be truly, devastatingly, romantic there must be a loss and star-crossed intentions. The happy ending must never be fulfilled, else there be nothing at stake for the lovers. A still viable portal between their two times is discovered in Reinette’s reconstructed fireplace. The Doctor promises Reinette the universe and departs through the portal, but when he reenters to find her, he is too late. The glitch has brought time forward again.  Reinette has already died, leaving behind a love letter, heartbreak, and a truly romantic tale. 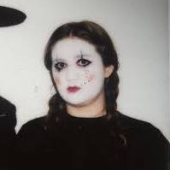 How To Get Away With Murder Episode 4×07 Review: “Nobody Roots for Goliath”