Board Game Review: Carcassonne for iOS

Photo Screenshot By Timothy from The Game of Nerds of Carcassone

Carcassonne is a tile placing game in which players take turns creating a southern France landscape. The tile might feature cities, roads, cloisters, grassland or a combination. Then players decide to place one of their meeples on an area of the board: on the city as a knight, on the road as a robber, on a cloister as a monk, or on the grass as a farmer. When an area is finished, the player in possession of that area gains points.

Carcassonne takes a fair amount of strategy as players are faced with many different decisions, the choice to expand a city, or to or to cut off an opponent’s project. The game is simple enough to understand while the objective remains complex and challenging.

This is a phenomenal game to play for a board game night, and the game is quick enough to get in a couple of rounds. The iOS release has allowed the adaptation of solitaire mode and quick online play. The iOS release also added most of the expansions into the app. This game is fun, challenging and can be played in short or for a full evening. 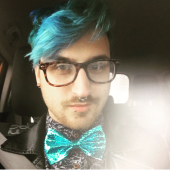 UFC 4 & The Other Best UFC Games Ever Released

Nintendo is re-releasing the 3DS better than it was before!

Final Fantasy 15 Is Taking Over My Life

Our Take On Nintendo Switch Online