The most romantic day of the year is right around the corner! Whether or not you love love, you’ll laugh out loud watching these Valentine’s Day TV episodes. We’ve rounded up the best eleven, so grab that heart-shaped box of chocolates, get cozy on the couch, and dive right in.

Monica and Chandler decide to make homemade presents for Valentine’s Day. Unfortunately, Chandler totally forgets the plan and, at the last minute, rummages through the house, looking for something homemade for Monica. He hits the jackpot when he discovers a mixed tape at the bottom of his closet. Meanwhile, Monica has also forgotten the Valentine’s Day plan and gives Chandler one of Phoebe’s sock bunnies. She feels so guilty after receiving the thoughtful mixed tape that she goes above and beyond to make it up to him, including making one of his favorite dishes—macaroni and cheese with cut-up hot dogs. However, when Monica plays the mixed tape, she’s horrified when she hears Janice’s nasal voice wishing Chandler a Happy Birthday.

And the rest of the gang? Well, Joey recruits a fake twin to enroll in a medical experiment paying $2,000, and Ross, apparently, an expert in “Unagi” from his Karate days, attempts to teach Rachel and Phoebe about the art form.

How to Watch: HBO Max

Three storylines. Three Valentine’s Day disasters. First up—Niles. Niles invites a date to Frasier’s apartment for a special Valentine’s Day dinner. He notices a crease in his trousers, and when he attempts to iron the crease out, flames appear. The hot disaster continues as he loses control of the fire extinguisher, sets Frasier’s couch on fire, and passes out repeatedly at the sight of his own blood.

Next up—Frasier. A meeting with Cassandra Stone, the radio station’s new marketing manager, leaves Frasier confused. Is it just a business meeting, or is it a date? The mixed signals don’t seem so mixed after all when she invites him up to her hotel room, but Frasier’s still not 100% sure.

How to Watch Frasier: Peacock

Doug plans the perfect Valentine’s Day for Carrie. But February 14th is also Spence’s birthday, so Doug first takes Spence out for a beer with the guys. Meanwhile, Spence’s mother secretly plans a surprise party for her son and convinces Doug and his friends to stay. The birthday surprise embarrasses Spence, who storms off. And Doug and the guys get guilted into staying for the party.

It’s 1983 and Chris’ first Valentine’s Day as a teenager. And what could be worse than “I hate you” cards? Well, Chris gets a bunch from Caruso. The highlight of Chris’ day, however, is on the bus when he develops a new crush on a girl name Tangee. Meanwhile, Tonya surprises everyone when she announces she has a boyfriend, and Drew gets lots of Valentine’s Day cards from lots of girls.

A classic sitcom for a classic holiday. This year at the bar, Valentine’s Day doesn’t seem to be going well for anyone. The Crane’s brought their therapy groups together, and while they try party games like passing the orange from chin to chin, Twister, and even Spin the Bottle, the two groups are just too shy to make the party a success. Rebecca’s recent breakup with Robin leaves her feeling depressed and alone. And Sam, who’s had an annual Valentine’s Day date with Lauren Hudson for the past 20 years, slips and falls on his way to meet her. He does his best to hide the injury for their traditional celebrations, but his performance might not be good enough.

Adam’s embarrassed when he gets a flower delivery at school from his Mom. Next, Geoff helps Erica find a new band member to replace Lainey, and then Barry convinces Geoff that the new handsome Rockstar is moving in on his lady. Meanwhile, Beverly’s Valentine’s Day wish is to have dinner at a Moroccan restaurant with Adam and Murray. But, both Adam and Murray plot to get out of going.

Meet Clive Bixby and Juliana, Phil and Claire’s hilarious alter egos. After feeling upstaged by Dylan, Phil suggests replacing their predictable Valentine’s Day dinner at Fratelli’s with role-playing at a hotel bar. But after Claire’s jacket gets stuck in an elevator, the only role she can muster is flustered. Meanwhile, Mitch is upset after being unable to give his closing speech at work, so when Manny confesses that another student stole his huge Valentine’s Day gesture, Mitch and Cam take it upon themselves to save the day. Finally, Jay and Gloria opt for a humorous night with comedian David Brenner. But after one too many jokes about Jay’s age, he flees from embarrassment.

How to Watch: Hulu and Peacock

Schmidt and Jess have Valentine’s Day plans for one-night stands, just not with each other. The two of them head to the bar with Cece in tow. Schmidt and Cece spark, that is, until Kyle comes along. When Jess finds Peter, who can’t seem to stop talking about lunch, Schmidt drives Jess and Peter to Peter’s house. On Schmidt’s way out, he finds his tires are flat, so he calls Cece for a lift. Jess ends up going home with Schmidt and Cece after Peter gets back with his ex-girlfriend.

Nick plans a romantic meal with Julia, but they miss it when Julia works late. They share a romantic moment in her office, though, despite the fact that Nick accidentally convinces her apprentice to quit. And Winston attempts to rekindle an old romance with a coffee shop manager.

How to Watch: Netflix

Jim and Pam are FINALLY a couple! In this two-parter, the cast travels to Niagara Falls to participate in wedding festivities. But when Jim accidentally reveals that Pam is pregnant, all hilarity ensues. And while it’s no surprise when Michael and Dwight look for women to hang with, it is a surprise when Andy suffers a regrettable injury at a dance party in his hotel room with the office staff.

At Leslie’s annual “Galentine’s Day” party, her mother tells a very romantic story about falling in love in 1968 with a lifeguard who saved her from drowning. When Leslie shares the romantic tale with Justin, he convinces Leslie to work with him to unite the two. However, after tracking down the lifeguard, they learn he’s not as heroic as they thought.

Grace tries to ignore Valentine’s Day, but she finds herself falling into the arms of handsome and chiseled greeting card writer Nick (played by Edward Burns). Karen is excited to spend Valentine’s Day at a country club event with an overweight man she met online but is disappointed when the mystery man turns out to be tall, dark, and handsome. Finally, will and Jack (also at the country club event) learn the club has a policy against gay couples. Appalled, they prepare to leave but decide to stay. Smiling, they share a lovely spotlight dance in protest. 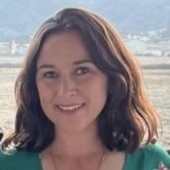