The Guardians are back for the first time since the blip.

Right out of the gate, the producers hit us with an inspiring main-character-like song and bold words from Peter Quill. “We were gone for quite a while. But no matter what happens next, the galaxy still needs its guardians.”

At the start of the trailer, the Guardians land on a new alien world that looks a lot like NYC at first glance. Since New York seems to always be featured in Marvel movies, I wouldn’t put it past them to throw it in there again. But when you look closer, there is no Empire State building, and the human statue isn’t placed in the correct location for it to be in New York City.

The Guardians touch down in a suburban neighborhood and “come in peace” just before Drax smashes an alien kid in the face with a kickball. The sound of a kickball hitting skin is seared in my mind from grade school. Hopefully, the alien kid bounces back from that one.

The Guardians seem to be alive and well since returning from the blip. And I must say, Groot is looking taller and stronger than ever.

This new trailer has brought MCU fans a lot of excitement and has raised many questions.

Wait, hold on, Gamora is back?!

After Gamora was sacrificed by Thanos for the soul stone in Avenger’s Infinity War, we thought she was gone forever.

In the following film, End Game, the Avengers travel back in time back 9 years in an attempt to find all infinity stones and destroy them before Thanos can locate them. To our dismay, Nebula’s mind entangles with her past self and reveals to Thanos that the Avengers are looking for the stones. Quickly and effortlessly, he finds and kidnaps the future Nebula. Once in captivity, she tells Gamora, “You could stop this. You know you want to. Did you see what happens in the future? Thanos finds the soul stone. You wanna know how he does that? You wanna know what he does to you?” Past Nebula silences her with a nasty kick in the face. Later, Gamora connects with future Nebula in private and asks what happens to them and their relationship in the future. Future Nebula responds, “I try to kill you…several times. But eventually, we become friends. We become sisters.”

Later in the film, Quill sees the 2014 Gamora and is in complete disbelief. She is supposed to be dead…yet here she is. He says to her, “I thought I lost you”, while gently placing a hand on her cheek and gazing into her eyes. She grabs his hand, kicks him in the crotch, and firmly says through her teeth, “don’t touch me”, as Quill falls to the ground in pain.

That is the last time we see Gamora. We don’t see her at Tony Stark’s funeral alongside Groot, Rocket, Mantis, Drax, Nebula, and Quill. So how did she survive Tony’s snap-of-the-fingers when all 2014 creatures, bots, and people dissolved into small particles? Did she figure out how to transport herself along the time continuum? Did she transport with Dr. Strange? Did Nebula or Quill help save 2014 Gamora?

So now that Gamora is back, I have to ask, is Pete still her lover? Or is her return holding him back from healing his heart after the soul stone sacrifice? Does she have the potential to successfully link arms with this notorious gang of misfits and become a guardian again?

But something hits differently in this Guardians trailer

After watching, it seems like Rocket is finally getting the backstory he deserves. He has played an important role throughout the Guardian volumes but has never had any spotlight. Many fans are wondering why he hasn’t had his own movie as Black Widow has. I know I’d love to see it.

In the trailer, we hear Mantis’ voice saying, “don’t forget where we came from”, as we witness baby Rocket looking terrified in a cage while a giant hand reaches down for him.

As the scenes continue to unfold, we see a surgical tool of some sort drip with dark liquid (which could be blood) and Pete crying in agony. Someone must be dying because the look on Pete’s face rips my heart out.

In the following scene, Rocket is lying on the ground with a large cut on his face and says, “we’ll all fly away together, one last time, into the forever and beautiful sky.”

In all honesty, I think speculating Rocket’s death is very possible in Guardians of the Galaxy Vol. 3, but perhaps it’s too obvious of a conclusion to draw.

Piecing together the audio and scenes from the trailer makes us think that, but is it really Rocket who dies? In one scene, Nebula is carrying Pete, who is unconscious, could it be the end of Star Lord? During a different scene a few guardians are helping Drax walk as it appears he has been shot in the chest, is he the one who dies?

Marvel Studios has given us a taste of Volume 3, which has us begging for more

Overall, I think the producers did a great job with this trailer. It hits us in the feels and has our minds flooded with questions. It piqued my curiosity, evoked sadness, and made me feel inspired by profound words and the main character’s music.

But with all of these possible deaths, I’m wondering when will we stop crying. 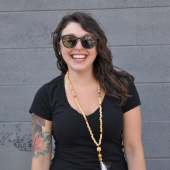 Who’s Who in the MCU: Spider-Friends