I’m not going to lie. I knew Mike White wrote School of Rock, but I didn’t realize that he played the real Ned Schneebly until I finished watching the second season of The White Lotus. What a legend. Keeping honest, the second installment of The White Lotus anthology came up slightly short of the first season’s magic. Don’t get me wrong – this season was still way hardcore. Honestly, if Mike White keeps bringing this heat, then I hope we get a season for every rich-person vacation destination in the world. Where do your rich friends go? Check your Instagram feed and get back to me. For now, let’s stay in Sicily and revisit my top ten moments from this season.

The first episode of this season, “Ciao,” opened with Daphne soaking up sun on the beach one last time before her trip ended. As she lathered on sunscreen, Daphne chatted with two women lying on the chaise lounges next to her. Funnily enough, these women were played by Kara Kay and Angelina Keely, who were Mike White’s fellow Survivor contestants in 2018. Though I am a big Survivor fan, I admittedly missed that season. On rewatch, it was hilarious to hear Daphne tell the women that she had “the best time.” Daphne went on to say that the White Lotus hotel is perfect, and the food is amazing, which I guess explains why everyone ate at the hotel restaurant for seemingly every meal.

Daphne decided to head into the water for a final swim. There, she bumped into a dead body. Only the body’s floating legs were visible to the audience. At this moment, I fastened my emotional seatbelt in preparation for the flashback to one week earlier to learn how this all transpired. The White Lotus was so back. Minutes after Daphne found the body, the hotel staff upped the ante when they discussed “a few” other dead bodies. Juicy. Regrettably, I couldn’t watch this season as HBO released the episodes. Instead, I binged this season recently after finally succumbing to Covid. I won’t make that mistake again. Next time, I fully intend on being an integral part of the weekly fan theories. Though, I’m not sure I would have foreseen the twists and turns this season offered.

9. The Story of Testa di Moro

In episode one, we also learned the story of Testa di Moro. When Rocco showed the couples their rooms, Ethan asked the question we were all thinking – what’s the deal with the head statues everywhere? Rocco explained the story. A Moor came to Sicily a long time ago and seduced a local girl. But then, the girl found out that the Moor had a wife and children back home. Naturally, she cut his head off for lying to her. This obvious foreshadowing felt too obvious; especially when Daphne called the statue a warning to husbands and jokingly warned Cameron that if he screws around then he’ll end up buried in the garden. Still, this moment got me hyped for the events to come. The Testa di Moro became a recurring theme, so it must be represented somewhere on this list. However, I’ll pass on getting these memorabilia for my home.

Moment eight came from the finale, “Arrivederci.” By this point, Lucia had already earned some modest coin from Dominic, and then from Cameron and Ethan. Though Dominic pleaded a couple of times for Lucia to stay away from his son, she’s too smart and knew that Albie would be the perfect mark for her big score. After spending three nights together, Albie fell right into her trap. Can you blame him?

The best moment occurred when Albie met Dominic for breakfast. After a few seconds of small talk, Albie asked for 50,000 euros to purportedly free Lucia from her life as an escort. Dominic tried to talk some sense into Albie, but Albie wasn’t thinking with his Stanford brain. Albie told Dominic that the money is nothing to him but could change Lucia’s life. Really? How rich is this guy? Then, Albie reframed his request and told Dominic to think of it as a “karmic payment” for all the terrible things he has done. I mean, Dominic did bring Lucia to the White Lotus in the first place. After trying to negotiate the price down, Dominic ultimately caved when Albie offered to put in a good word with mom about how Dominic has changed from his adulterous ways. What happened to the sweet Albie we knew and (sort of) loved?

The look on Albie’s face later when he realized Lucia duped him was brutal. At the same time, when the season ended with Lucia and Mia walking the city streets hand in hand, I couldn’t have been happier.

7. Tanya at the Opera

In the fifth episode, “That’s Amore,” Tanya went to the opera with Quentin and the (allegedly) rich gays. At the opera house, Tanya looked to her left at a random fancy-looking woman. She asked Quentin if the lady is the Queen of Sicily. Quentin obviously said yes. When Tanya waived at the lady, I lost it. Funniest moment of the season.

The opera itself was a much more consequential clue to this season’s mystery. After comparing Tanya to a tragic heroine in a Puccini opera, Quentin and his crew brought Tanya to see Madame Butterfly in which the heroine dies.

6. Mia Shows Off Her Pipes

In the second episode, “Italian Dream,” Mia convinced the hotel pianist, who thought (arguably with good reason) that she was an escort, to let her play a song. I don’t know much about the actress Beatrice Grannò, but when Mia sang “The Best Things in Life Are Free,” I cried. I want to attribute the tears to the Covid, but we all know it’s because Mia has some pipes. If we ignore Mia drugging and almost killing the pianist in the fourth episode, “In the Sandbox,” her character was very sweet. This was especially true when she helped Valentina explore and accept her sexuality.

Tanya gave us another hilarious moment in the second episode. Greg hadn’t broken the news to Tanya that he was leaving Sicily for a few days. Wisely, Greg wanted to give Tanya her perfect day in Sicily beforehand to soften the blow. Unfortunately for Greg, Tanya wanted to channel her inner Monica Vitti and take a scenic Vespa ride. Greg and Tanya on the miniature Vespa made me laugh hysterically. I laughed even harder when Valentina said she looked like Peppa Pig. This scene would have been my pick for funniest moment of the season if I could stop thinking about the White Lotus’s liability for providing the Vespa.

Moment four is more serious. In the fifth episode, Harper couldn’t shake the feeling that Cameron and Ethan did something wrong when she spent the night in Noto with Daphne in episode three, “Bull Elephants.” Harper approached Daphne to discuss. Though it was easy at first to dismiss Daphne’s character as an ignorant, rich, stay-at-home mom, Meghann Fahy demonstrated the complexity of her character in this moment. Daphne assured Harper that whatever happened wasn’t a big deal. And, if anything bad did happen, Harper needed to do whatever she felt necessary to feel better about it. This reinforced what Daphne made clear all season; Daphne is no victim.

During their conversation, Daphne talked about her handsome trainer, Lawrence, who has blonde hair and big, blue eyes. Given Cameron’s work hours, Daphne apparently spent more time with Lawrence than Cameron. Oddly, when Daphne offered to show Harper a picture, she showed Harper a picture of her kids. I didn’t put this together until later in the season when Cameron was reluctant to Facetime with their children. Then, I took another look at Cameron’s dark hair and features and agreed with the fan theory that Daphne’s trainer is the father of her children. Pretty dark stuff.

3. The Di Grassos Meeting Their Ancestors

Let’s return to a lighter moment that made me cackle. The Di Grassos planned this trip to Sicily to meet their Italian ancestors. Dominic’s wife and daughter were supposed to come too before Dominic blew up his marriage with copious infidelity. The Di Grassos finally attempted to find their ancestors in the sixth episode, “Abductions.” Using Lucia as a translator, Bert, Dominic, and Albie located a family with their last name. However, Lucia abandoned them because she was “abducted” by her fake pimp, Alessio, as part of the plan to dupe Albie. This left the Di Grasso men on their own to communicate with their ancestors.

The meeting did not go well. The Italian Di Grasso woman had no interest in any reunion. In fact, their mother kicked the American Di Grassos out of the house and threatened to throw an artichoke at them. No doubt the Di Grasso men could have used a female touch in this situation.

Runner-up for best moment of the season goes to Quentin’s party in episode six. The party was lit. Quentin arranged for Tanya to enjoy some quality time with Italian stud, Niccolo. The music, alcohol, and illicit substances flowed nonstop. Everyone danced like there was no tomorrow.  Yet, Tanya managed to make a key discovery at the party. She found a picture of Greg at Quentin’s palazzo. At this point, Greg’s workaround the pre-nuptial agreement to obtain Tanya’s fortune through her death became clearer.

What exactly was Greg’s connection to Quentin? Regardless, we knew Quentin needed money to maintain his palazzo and lifestyle, which was plenty motive. Tanya also found a gun in Niccolo’s bag while looking for more drugs. Niccolo said that he always keeps the gun on him.

Like most, by the finale I expected Tanya’s death but was blindsided by her cause of death. After Quentin’s party, Tanya found herself on Quentin’s yacht eager to return to the White Lotus. Tanya knew at this point that her death was imminent. She excused herself to go to the bathroom and swiped Niccolo’s bag. The contents of Niccolo’s bag could not have been sketchier. It contained some rope, duct tape, and of course, the gun. As Tanya started blasting, I was jumping on my couch. Niccolo went down first. Then, she just kept shooting. By the time she stopped, more bodies were on the floor, including Quentin’s on the verge of death. True to herself, Tanya asked Quentin if Greg was having an affair, which made me laugh. Quentin died before answering. One guy got away and started swimming to shore. I wonder if he made it. The captain of the boat also lived. I hope next season begins with their depositions.

We all thought Tanya was about to escape on the dinghy and head to shore. She just needed to make a one-foot jump. Or, she could have used the ladder and gotten in the water to board the dinghy properly. Instead, she just kind of flipped overboard, hit the side of the dinghy, and died. Mike White called Tanya’s death “derpy” in the HBO interview following the finale. I couldn’t have described it better myself. That said, it made for a satisfying ending to an awesome season.

What Did I Miss?

The second season of The White Lotus had too many epic moments to count. What did I miss? Let me know in the comments! 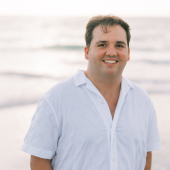