This new Apple TV+ special is more of a new year’s special, but it does begin on Christmas as it deals with Lucy wanting to throw a ginormous New Year’s party after her grandma can’t make it for Christmas so it gets a mention on this list

At only 17 minutes long this series of Peanuts holiday vignettes has become more of a companion piece to A Charlie Brown Christmas, but it did give us Sally believing in “Samantha Claus” so it deserves a place on this list

The somewhat forgotten sequel special to a Charlie Brown Christmas, which hits a lot of the same beats, including another Christmas play, is just slightly less successful. It is still good, though.

The longest of the Charlie Brown specials at 40 minutes focuses on the youngest van pelt sibling: Rerun and his quest to get a dog which winds up being Snoopy’s brother Spike. It’s a fun addition to the Peanuts holiday cannon

Of course, the original Peanuts holiday special would rank number one. It’s a holiday tradition for many folks for a reason and although the religious message gets a little heavy-handed at the end it still offers plenty of moments that keep in one many Christmas watchlists (including mine) for over 50 years.

That’s a rundown of all the Charlie Brown Christmas specials. Which ones will you be watching this year and which are you favorites? Let us know in the comments 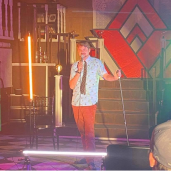 Younger – Review of 3.02 “The Marshmallow Experiment”

Once Upon A Time: Street Rats

Stranger Things, Chapter 8: The Upside Down