Doom Patrol Is Back For The Holidays

Hold on to your hats, y’all, because it feels like Christmas came early this year! Doom Patrol is coming back with all new episodes, and yes, there will be a jolly musical number with our beloved patrol members.

HBO Max recently released a new trailer for season 4 of Doom Patrol and announced that part 1 would be coming out on December 8, 2022. To add to the built-up anticipation as fans eagerly wait, Doom Patrol tweeted a poster of “Essential Episodes” to keep in mind. So it’d be a good idea to go back and refresh on what went down in season 3. Perhaps they will bring up some things we may have missed in these episodes. The only thing I can think of when it comes to season 3 is their Forever Young dance in Vacay Patrol and the jaw-dropping finale, if you haven’t seen it I won’t spoil it here.

I will say though, I can’t wait to see what new things Doom Patrol has in store for us. We’ve seen the patrol members undergo their healing journey and watched them grow. They faced their ghosts from the past last season, but from the looks of the trailer, they’re not done yet with fighting their inner demons.

One thing for sure is, I can’t help but feel like a kid again after seeing Brendan Fraser come back out on the big screen. Much like his character, Cliff Steele, he’s had to struggle with some inner battles, but under the cold, metal exterior, he’s only human after all. It gives me so much joy to see him come back. I hope we get to see more of him in this new season of Doom Patrol. 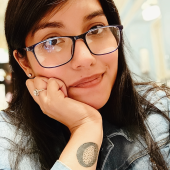 American Horror Story: Cult “Charles (Manson) in Charge” Sets the Stage for the Finale, but Who Will Survive?