Is Quantum Leap a Revival, Reboot, or Something Different?

“Theorizing that one can time travel within his own lifetime, Dr. Sam Beckett stepped into the Quantum Leap Accelerator, and vanished. He awoke to find himself trapped in the past, facing mirror images that were not his own; and driven by an unknown force to change history for the better.” That’s the opening narration to the sci-fi classic Quantum Leap.

The original Quantum Leap, kinda funny that you have to call it that now,  starred Scott Backula and Dean Stockwell. Backula plays Dr. Sam Beckett, the man who jumped into the Quantum Leap Accelerator and vanished at the start of the series. Stockwell was Sam’s mentor and advisor Al. Al was invisible to everyone except Sam, leading to many shenanigans where Al would say something, Same would reply, and everyone thought Sam was talking to himself. Al was also incorporeal, and would frequently have objects, like a car, ran into him. Together the two spent 97 episodes over five seasons trying to right the wrongs and send Sam back home to his present timeline.

How does the original end?

There are a few eventful episodes, ones that move the overall story instead of the adventure of the week Quantum Leap was most known for. In one episode a bolt of lightning strikes both men, causing them to trade places, causing Al to be stuck in 1945 and Sam to regain his lost memories from leaping.

The season five finale was also somewhat of a big episode. Sam finds himself leaping into himself on the day of his birth, but he’s somehow a grown man. In that episode, he also meets someone fans have hypothesized might be God. The ending to that episode was somewhat controversial; two title cards were shown at the episode’s closing. The first one mentioned that Al and Beth’s marriage never ended. In fact, they had several children, more on that later. The second title card mentions that Sam Beckett never manages to find his way home. He seemingly leaps forever.

But what’s this new show all about?

But hold on there’s a brand new Quantum Leap show that has begun airing on Peacock, NBC’s streaming platform. The show can be watched without having to purchase a subscription. Is this a reboot, revival, or something in between?

“It’s been nearly 30 years since Dr. Sam Beckett stepped into the Quantum Leap accelerator and vanished. Now, a new team, led by physicist Ben Song (Raymond Lee), has been assembled to restart the project. The plan is to better understand the mysteries behind the machine and the man who created it. Everything changes, however, when Ben makes an unauthorized leap into the past, leaving the team behind to solve the mystery of why he did it.”

Connections to the original series

A brand new team has been created to help unravel the mysteries behind quantum time travel. This time around we will see a little more behind-the-scenes from the team attempting to find, track, and bring back Dr. Ben Song. Not only do we see his invisible to everyone around him handler Addison Augustine, played by Caitlin Bassett. We also see other members of the team, including Herbert Williams, played by Ernie Hudson.

A very cool call back to the original series, Herbert Williams was a character that Sam Beckett leaped into back in the third season. There are a handful of other Easter Eggs to find while watching the first episode, I don’t want to spoil them, but they are online if you missed them yourself.

So the new Quantum Leap series is a sequel, of sorts, to the old Quantum Leap. New cast, new characters, new stories. There is some go-between from the original to the new one. Watching the pilot episode, it felt very much in line with what the original was trying to get people to feel. I especially loved how many of the sound effects with the time traveling were identical to the original ones.

One of the big questions that remain now that the new Quantum Leap show exists, and it takes place in the same continuation as the original, will we see Sam Beckett? Unfortunately, that news might now be the most positive. Via Wikipedia, “in September 2022, original series star Scott Bakula confirmed that he had been asked by producers to reprise his role as Sam Beckett in the revival, but ultimately decided to not be involved with the new series, saying in a statement on Instagram, “As the show has always been near and dear to my heart, it was a very difficult decision to pass on the project”. But never say never; who knows, maybe Backula is just playing along. 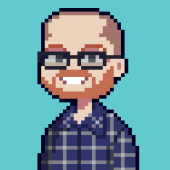 Perry Mason: Chapter 1 Review – Not Even the Children Are Safe