From the 1996 Space Jam movie to the 2021 Space Jam movie, a lot has changed in the Looney Tunes franchise. For one, the quality improved immensely as the CGI became more realistic, watchable, and less cringe.

In the recent Space Jam movie, the characters themselves have become more human-like in appearance. Their characteristics haven’t changed much. Bugs Bunny is calmer and quite a formidable leader. Daffy Duck is still as clumsy as always. Sylvester is still after Tweety and failing at every turn.

I could go on about how each character and how they have changed or remained the same, but I’d rather focus on how the Looney Tunes franchise has changed.

As a young kid, I watched Looney Tunes all the time because it was so entertaining and funny. At that time, I used to watch the 1930-1969 series.

The graphics weren’t as advanced as the latest Looney Tunes show, but it brought joy to my heart to see it on the tv. The show engaged my young mind in so many ways and it inspired the thought that no matter how weird I was, I would always be accepted by those who love me.

Looney Tunes is a prime example of a family-friendly show. No matter how silly it is, even adults enjoy watching it with their kids or in their own time. It’s a light-hearted, humorous-cartoon show that’s highly entertaining.

In 1987 Warner Bros. Animation took over the production of Looney Tunes, and they still run production to date. By far, I’m sure most would agree that the animation is great and all, but it could never replace the original series.

Not only is its animation out of this world, but the realisticness of it is on point. It even teaches valuable lessons that apply to the real world. So all in all, it’s entertaining and teaches you something, what more could you want in a show?

Some other spin-offs of Looney Tunes are also entertaining, such as Baby Looney Tunes(Which is so cute) or the Space Jam movie. But in my opinion, the New Looney Tunes Show tops all of them because it’s something I would love for my children to watch.

There’s no other more wonderful feeling than having your favorite tv show transform into a better show with better quality. That’s the feeling I got when the New Looney Tunes show came out. Most spin-offs don’t always work out as so many things are adapted and changed from the original show but not in the Looney Tunes franchise.

Every spin-off of the Looney Tunes franchise has its original cast and, most of the time, the same voice-over cast.

My favorite character, hands down, was The Tasmanian devil.

I’m sure you must be shocked to be reading that, but you read it correctly, Taz was my favorite character as a kid.

The reason is how different he was to everyone else. I know every character in the Looney Tunes show is different, but Taz was special in my eyes. Reason being how he was accepted into the gang despite his quirks, that for me spoke volume because as a kid I was different.

I didn’t have many friends which made my heart grow in joy at seeing how even Taz got accepted. Which gave me the idea that I could even find my own group of mishaps, such as myself, who would like to be friends with me.

That gave me the confidence to go to school with a strong mindset of it being ok that I was weird. No one was normal, that’s what made us all unique and memorable.

The Looney Tunes franchise taught me a lot as a kid and I’m proud I grew up in that era of witnessing it develop before my very eyes.

So a big thank you to Hugh Harman and Rudolf Ising for making my childhood great.

Check out other posts on our website, The Game of Nerds. 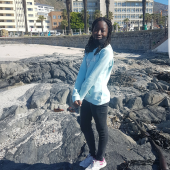 Barry – Listen with Your Ears, React with Your Face

Agents of Shield is back!

Morgan is crossing over to Fear the Walking Dead for Season 4!