For those of you who don’t know Avatar the last Airbender is a cartoon (anime) whatever you want to call it that focuses on the adventurers of a boy named Aang. Aang just so happens to be the Avatar, a being who alone has the ability to control all four elements (Air, water, earth, fire). In this world populated by people known as benders ( people who can control individual elements), it is the Avatar’s job to maintain balance in the four nations and act as a bridge between the spirit realm and the regular world.

A hundred years ago Aang ran away from his destiny and was frozen in a block of ice, during his slumber the Fire nation attacked the world and instigated a hundred year war. I won’t give spoilers beyond this, seriously if you haven’t seen this show yet watch it. Netflix has recently added it onto their roster. Its there for great binging pleasure.

Now onto the topic at hand. What makes Avatar still relevant today? It’s a show filled with heart, humor, drama, action, and everything in between. The worldbuilding is fantastic and the creators did a great job of actually making this world filled with fantasy feel like real life. We see the characters grow and mature and have to make a million and one tough choices no child should have to make.

Avatar is filled with all sorts of themes of war, love, murder, conquest, colonialism, racism, and even teaching tolerance of disabilities. All of this is wrapped up in a neat little package that makes it easy for the target audience to follow and understand. It’s fantastic in teaching its lessons, it never seems preachy or even overly mature. The politics are especially.

I seriously recommend watching this show, even the filler episodes never seem without a point and serve to further the characters and their arcs.

In the current environment with the Covid going around and the whole BLM movement I would say one hundred percent that The Last Airbender can teach us all a little something. A cartoon, hey who knew that watching Saturday morning pixels could be a learning experience?

For those of us who have watched it, what do you say? Is this show still relevant? 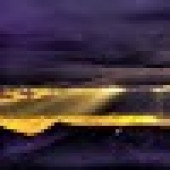 Fear the Walking Dead: Breathe With Me