Technical Errors And Inaccuracies In The Movie 300

Many people learned about the glorious last stand of the 300 Spartans at Thermopylae in history class, but few had any reason to remember much about it or think much of it until the movie 300 hit the big screen. Scarlet red robes and a nice yellow big screen combined with rolling base and excellent narration sparked people’s imaginations and made blood pump like a rolling drum through movie-goer’s hearts.

Unfortunately for those of us who had experience with Spartan and Greek history, particularly those that had studied in detail the events surrounding Thermopylae, the movie was somewhat of a letdown; improving on its predecessors in some ways, but failing overall to remain true to the real story of the 300 Spartans, or should I say…

When the Battle of Thermopylae began, about 7,000 Greeks stood against 70,000 to 300,000 Persians. They defended an area smaller than your average basketball court that was right in between a massive, extremely steep hill and the sea. There was no way for the enemy to attack or maneuver except straight through the Greek army, whose weaponry and tactics were practically built for such a defense.

After two days of intense fighting the Greeks found themselves betrayed, and much of the Greek army retreated, leaving 300 Spartans and 1,100 Boeotian’s to defend their retreat. They bathed themselves as was the ritual of their people before going out to fight one final battle against the impossible odds they faced.

So how did the story change from 1,400 Greeks to only King Leonidas and his 300 man bodyguard? Well, this omission is completely the responsibility of Spartan historians, who, due to their inflated sense of self importance that came with being Spartan, spread their version of history far and wide as an example of the fighting prowess and sense of  self sacrifice that Spartans held so dear. Regardless of the reason for this myth, there was no reason that the film couldn’t have stayed true to life and have the Boeotians, played by the Athenian’s, die alongside the Spartan’s. In fact, their sacrifice would have meant just as much, if not more, because each one of them had a family, a profession, a business, a home, and their lands had suffered terribly as evidenced by the “Tree of Arrows” seen earlier in the film, making every death mean just that much more.

One of the most grievous errors in the movie is the thick, thick plot armor. I mean seriously, with the way these people improperly use their shields, there is no way they would survive without plot armor. The few that are killed or wounded throughout the movie are merely used as plot devices, their deaths being relatively meaningless otherwise. The only piece of armor they possess is their shields and their leather thongs (you’d think those would chafe) but nary an unnecessary wound is dealt throughout the entire movie.

Maybe if they weren’t idiots, used their shields properly, and had period accurate armor, they wouldn’t have been gunned down like dogs by archers (arrowed down? That doesn’t sound right.), but regardless of this massive equipment failure, there is at least a clear and obvious reason for it. The complete nudity and rock hard abs and pecs are good for both sex appeal, and more importantly, allowing the audience to live out the very human fantasy of being invincible and impenetrable on the battlefield while getting to heroically slay hordes of “evil” enemies. Why then, do they break this immersive fantasy with the occasional death/wounding, instead of keeping them intact to die together at the end? Who knows.

“Submission. Well, that’s a bit of a problem. See, rumor has it that the Athenians have already turned you down. And if those philosophers and … boy-lovers have found that kind of nerve…”

Utters Leonidas shortly before turning Xerxes’s messengers into shish-kabobs. I take a small issue with this, as well as other moments throughout the movie where they lay on the heterosexuality thicker than an American lays on vegemite the first time. The fact of the matter is this: Sparta was really homosexual. Like, rampantly homosexual. Like, the Spartan government made homosexuality mandatory. These homosexual/pedophillic relations were seen as a good, necessary, and beneficial. I’m going to say right now before we go any further, that I do not support, condone, engage in, or maintain relations with anyone who agrees with this system or relationships of this kind. Now, moving forward, not only is the film’s portrayal of Spartan sexuality unrealistic, it is completely unnecessary. It’s an R-rated movie, so it would presumably only be seen by adults, and presumably, adults are grown up enough to put on their big adult pants and see the realities of history.

Realities such as Spartan women having to dress like men to attract their husbands, forced separation of married couples, women engaging in regular physical exercise to keep their bodies thin and ‘boyish’, as well as the marital practice of ritualized kidnapping of the bride followed by what can be inferred to be simulated rape. None of these things are pleasant to the eye or feel tasteful to the mind, but they are realities that could have been portrayed quite easily, and to do the absolute reverse of that is quite shocking and historically inaccurate.

In the movie the Spartans are finally overcome when a Greek hunchback betrays them and tells Xerxes of a path they can use to outflank and encircle the Spartans. In reality, the man was no hunchback. His name was Ephialtes, from the lands of Trachis, and he was a Greek scout. He betrayed his people out of greed, hoping for a reward from Xerxes, a reward he would never collect after later defeats sent Xerxes fleeing back to Persia.

A reward was offered for the assassination of Ephialtes, and when Athenades slew him in a dispute in 470 B.C., he received the reward graciously, though he claimed that he killed Ephialtes for a completely different reason. After Ephialtes death, his name became synonymous with betrayal, so much so that it replaced the word that had previously been used.

Why did the movie portray him as it did? Dramatic effect probably, but there was really no reason for it. The story is the same whether they portrayed him as a hunchback or not, a man, driven by greed, betrays his people. His story really illustrates the darkness that humanity is capable of. He chose to, through his actions, kill 1,400 men, and all for the promise of future wealth.

Well, thank you for reading this fabulous article, if you could rate it and check out any of the banners linking to our affiliated companies to pick up some juicy merch, that’d be great, and as always, stay geeky and much love. 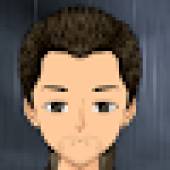 The Power of the Dog Review – Heroism Isn’t Always Pretty

“Welcome to Marwen”: A Whimsical Look at Coping with PTSD