A Shamrock Sprouts Up Out of Nowhere

In the summer of 1982, Marvel released a three-issue limited event series called “The Contest of Champions.” Universe-spanning Marvel Comics events are pretty common these days, but this event was the one that started it all. It was an opportunity to see your favorite superheroes battle it out in beautiful double-page spreads and also a chance for creators to develop new characters to add to Marvel’s roster of superheroes from around the globe.

One of the new characters that came from the series was female Irish superhero Shamrock. These days, she’s found on various “Where Are They Now?” lists, with pretty unfavorable criticisms of her character. And when I dug into the source material to find out what happened with this character, I found a much stronger and conflicted hero than I thought I would find.

With Marvel launching it’s Fresh Start this year and revamping its classic heroes. I’d like to throw Shamrock’s name in the ring for a new beginning. But I’m getting ahead of myself, let me tell you a little bit about Molly Fitzgerald.

When One Door Closes, You Become a Hairdresser

While Shamrock’s first appearance was in Marvel’s 1982 Contest of Champions, most of her known backstory comes from a segment in issue 24 of Marvel Comics Presents. The issue provided details on how Molly Fitzgerald came to be Ireland’s superhero by giving an account of how she became endowed with the “luck of the Irish.”

The story goes that “when Molly was three years old, her father called out to the heavens to grant her brother Paddy the power to strike down his enemies” (“Shamrock”), but nothing happened and by all accounts, her brother Paddy received no powers in this supernatural transaction.

It wasn’t until, “Molly’s freshman year in college, she discovered that she had obtained a protective aura that altered probability around her” (“Shamrock”). This was God’s way, or the gods’ way, of answering Molly’s father’s request so many years ago, by empowering his daughter with a power that would eventually lead to his own downfall.

Molly knew none of this at the time, and like many youths endowed with superpowers in the early 20th century, she decided to use her powers for good and fight the evildoers of Ireland as the costumed superhero: Shamrock! It’s during this period of her life where she was summoned to compete in the “Contest of Champions” event.

But I guess crimefighting wasn’t what she thought it would be and she decided to invest in kids before they became criminals by teaching first grade in Dublin. During this time, and after years without contact with her father, he reached out to her to let her know that her brother, Paddy, had been killed.

While Molly chose to be a superhero, her father was a militant Irish terrorist. Her brother followed in their father’s footsteps and it was during one of their terrorist operations that he lost his life. Molly meets with her father in hopes that she can reconcile with him and turn him away from the dark side (so to speak).

Unfortunately, this was all part of her father’s plan. At this point in the story, “he drugged her with some tea, then turned her over to Arnim Zola, hoping that Zola could learn how to duplicate her powers and transfer them to someone else. When Zola probed her, it caused the spirits within her to destroy his machinery, and she managed to destroy Zola’s artificial body with a pipe of coolant. Her father tried to shoot her for betraying him, but her powers caused the gun to explode and kill him instead” (“Shamrock”).

From there, Shamrock made minor appearances in ROM and Alpha Flight comics, aiding other superheroes in their fights against evil and oppression around the world. But, in my opinion, the biggest disservice to her character, came in the issue of Excalibur #108, where it’s revealed that Molly gave up helping kids and fighting crime, and instead has elected to become the go-to hairstylists for the celebrity-superheroes.

And so this hero of Ireland from 80’s is written off as a glorified hairstylist for the superhero elite of Europe. It’s a sad semi-resting place for her character when there were a lot of opportunities for her story to be further developed.

So hypothetically, if it were me, this is how I would resurrect this forgotten hero of Ireland.

A Fresh Start for Molly Fitzgerald

First, the costume has to go. I’m all for Tim Gunn’s motto, “Make it work,” but the original design is just too… too… awful. Instead of using shades of green as the color scheme, why not use the colors of Ireland’s flag. They already appear naturally with the character’s un-costumed appearance, she’s a Caucasian redhead with green eyes. Instead of muting her nationality and appearance, why not show her national pride and enhance the elements that represent her heritage.

Second, her origin story needs a little tweaking. The conflict with her estranged terrorist family is an intriguing aspect to her backstory, which is amplified by her powers resulting in the death of her father. The relationship with her father and brother could easily be developed and expanded upon with a backdrop of corresponding social and political issues occurring in Ireland.

Third, her powers need to be explored more by writers. Going back to her initial appearance, Shamrock is endowed with a high level of “good luck” with roughly a twenty-foot radius. From my perspective, this means that people within that circle are prone to suffer from “bad luck,” which was the case with her father’s death. Her powers are inherently a double-edged sword and the consequences of her aura need to be explored.

In the end, we have a lonely woman orphaned by her family due to her beliefs and the supernatural blessing of Irish luck. Whenever she attempts to pair up with others, her good luck inevitably brings misfortune to her partners. And this supernatural power comes directly from the spirits of Irish natives who were innocent casualties of war. That is a lot of pressure for anyone to carry around within this world.

So who is this mysterious woman wandering the earth like an Irish Kwai Chang Caine using her “lucky: aura to save innocent people trapped in the middle of terrorist-ravaged nations? That’s Molly Fitzgerald AKA Shamrock. A woman without a team, without a partner, without a family, who decides that she will not let her past decide her future and so she sets out into the world to save the children and families caught up in the violent political shifts around the world.

For me, that’s a character I’d be interested in reading about and maybe someday writers at Marvel will take the forgotten strands of Molly Fitzgerald’s story and mold her into the future superhero of Ireland that she should be—The Spectacular Shamrock! 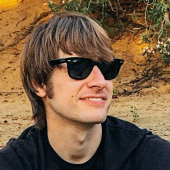