“They are rage, brutal and without mercy. You will be worse. Rip and tear, until it is done.”

In 1993, a small group of friends in Texas opened the gates of Hell, and changed the face of gaming forever. Inspired by films like “Evil Dead 2” and “Aliens,” John Carmack, John Romero and Tom Hall set out to create a world in which something had gone horribly wrong. The world was Mars. Scientists based on the twin moons of Phobos and Deimos were charged with developing experimental portal technology. With a lack of scientific ethics, and a surplus in arrogance, they ripped open a portal to Hell, allowing ravenous, nightmarish creatures from beyond space and reality to overrun Mars, and later Earth. As the last space marine alive on the base, it was your job to clean up the mess that the scientists created, one bullet, dismembered limb and exploded cranium at a time.

To put it nicely, aside from the basic plot that you are told in the instruction manual, there wasn’t much to the game. You were a best marine in the corps, you are given access to an arsenal of exotic weapons and you are told to literally “go to Hell.” You are encouraged to shoot, rip and tear every enemy you encounter in however many ways possible until you reach the exit, and you were told to do this thirty times. There were more enemies than you could shake a twelve gauge at, and they all wanted to see you, well, doomed. This is all you needed to know.

The game was violent to say the least. In the wake of its release, the world practically stopped. Countless religious and parental guidance groups sprung up practically overnight to protest the game. Offices around the country had to buy outside software to block Deathmatch tournaments in an effort to maintain employee productivity. Politicians who needed a scapegoat for their weekly soapbox sessions launched into tirades to blame violence in America on the game. Most importantly though, the foundations for one of the most enduring and lively fan communities of any game franchise were laid.

Almost three decades later, the community of hardcore Doom fans still thrives. Thanks to the game’s accessibility, it was quickly embraced by the modding community on release, by giving gamers the tools to design their own levels, and even their own custom campaigns. Like perpetual motion, the modders would design custom level packs, and the same level packs would inspire and fuel the passions for dozens more modders. Since release, players have run more levels than people have run marathons, and those are just from the level packs before the millennium ended.

The community has seen the birth of infamous and celebrated mods. Brutal Doom, which combines modern shooter mechanics with Classic Doom gameplay and incorporates execution mechanics (with gruesome results), has brought in a new generation of players eager to lay waste to the demonic hordes in hilariously cruel ways. Other mods, known as “Total Conversions,” were designed in ways that would completely reinvent the game. Action Doom utilized classic 8-bit run-and-gun arcade mechanics to make the game that already had run-and-gun mechanics even faster. To date, there have been Total Conversions of Batman, Ghostbusters, the Aliens franchise, Super Mario Brothers, and many more. It’s almost like an unofficial rule of the internet at this point that, if it exists, there is a Doom Total Conversion mod of it. Some Total Conversions, such as Hacx, utilized the Doom engine to create completely original games, allowing fledging game developers to prepare for future careers in-game development.

The community was also sustained by games in other genres, both official and unofficial. In particular, Doom has found its way into an RPG format on more than one occasion. Officially, there have been two Doom RPG’s for mobile devices. Unofficially, there have been dozens more scattered across the internet. They appear periodically on forums and in YouTube demo videos, but they exist, and like the demons themselves, they are legion. One of the more popular ones, Doom RL, has made waves in the community as one of the more successful RPG attempts. It is a RougeLike, a type of hardcore dungeon crawler, that features randomly generating levels and character creation options that allow you to make a variety of characters.

What makes these games work is how well the setting and enemies lend themselves to other genres. With the variety of weapons you have at your disposal, and the different behaviors of the enemies you encounter, you can easily port the Doom experience into other genres. Doom is so versatile that there have been point and click adventure games, board games and even 2D sided scrolling shooters.

The future of the community is bright today. With DOOM (formerly known as Doom 4) released in 2016, it brought with it a number of features designed to appeal to those die-hard fans who stuck around since the beginning. In addition to having a storyline that caters to the run-and-gunners of the community, the plot itself is packed with references and in-jokes that the fans would get, while also providing new context to them in ways that newcomers would also enjoy. One of the tracks on the soundtrack, “Rip and Tear,” is a reference to the a line from the infamous one-shot Doom comic book released back in the 90s, but it takes on a whole new meaning for new players by being the game’s tag-line and the first words spoken in-game. It’s even implied that the main character, the Doomslayer as he is known to the denizens of Hell, is in-fact the same marine players played as in the original games, which would make DOOM a true sequel.

In addition to an appealing and satisfying single player campaign, the game’s “SnapMap” feature offers players a chance to recreate the experience of designing levels that the original games had. Players can create an infinite amount of level configurations using the plethora of room types, custom rules and other features.

While the game’s Deathmatch multiplayer feature may be lacking (which is funny, considering how Doom practically invented Deathmatch multiplayer), the other features that DOOM has to offer more than make up for it. After the previous entry in the series failed to live up to expectations with its survival horror focus, and the promise of a Doom 4 following in the same footsteps, this new Doom is a true successor to the originals.

DOOM practically revitalized the already strong fan base with its release. With new SnapMaps being released every day, and with an arcade mode offering players more creative ways to play, the community doesn’t seem like it’s going to go away any time soon. Much like the Doom Marine himself, the Doom fan base is proving time and time again that it is absolutely unwilling to die without a fight. 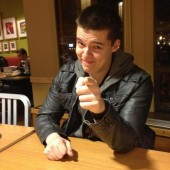 How Marvel Is Influencing The Gaming Industry