What We Know so far About Annihilation, the Movie

The Annihilation movie is just around the corner and honestly, I couldn’t be more excited. I feel the kind of excitement that makes me wanna bounce off the walls and tell everyone about Annihilation. So because I can’t stand on a soapbox and preach the word of Jeff VanderMeer, I am here writing this article for others who might share my feelings or are just looking for some more information about the upcoming film (or both).

If you haven’t heard of Annihilation, I encourage you to see my previous post, which also includes the first trailer for the film. And if you’ve clicked on this post in search of more information, I won’t bore you with a rehashing of the plot.

On that note, let’s get started.

October 31, 2014: Variety reports that Paramount has hired Alex Garland to adapt and direct Annihilation. I have to admit, I hadn’t even heard of Annihilation yet, but I can safely say that if I had, I probably would have been jumping for joy upon hearing the news. Alex Garland, the director of one of the best films of 2015 (Ex Machina), is a science fiction genius and is definitely someone to watch now and in years to come. With regards to Annihilation, we should expect the unexpected.

From 2014 to March 2016: Presumably, the writing, casting and world building takes place during this time, until the last main cast member, Oscar Isaac, is hired to be the husband of the Biologist. At this point, he joins Natalie Portman, the Biologist; Tessa Thompson, the Surveyor; Gina Rodriguez, the Anthropologist; Tuva Novotny, the Linguist; and Jennifer Jason Leigh as the Psychologist. The excitement builds!

The all-female cast of explorers in Expedition 12

Mid 2016: Stunning photos of the film set are posted to instagram by Tessa Thompson, Gina Rodriguez and the film’s cinematographer, Rob Hardy. This is pretty much exactly how I imagined it when I read the book.

May 20, 2017: Jeff VanderMeer sees what I would guess is a rough cut of the film and gives a shimmering review…

So, yeah, I saw the Annihilation movie. I’m not really sure what I’m allowed to say about it or not say about it, so I’ll keep it simple…I’m still composing my thoughts and feelings about it. I can tell you it’s mind-blowing, surreal, extremely beautiful, extremely horrific, and it was so tense that our bodies felt sore and beat-up afterwards.

December 6, 2017: Deadline reports that Netflix will be streaming Annihilation internationally three weekends after it’s traditional theatre release, which is not worldwide. Unfortunately, anyone who doesn’t live in Canada, United States or China will have to wait until the Netflix premier. On the plus side, though, when it airs on Netflix, you’ll be able to watch it as many times as you want.

Because why wouldn’t you?

December 13, 2017: Writer Tommy Cook from Collider does the most enviable thing and gets to tour the set of Annihilation. Cook also got to speak to the crew, including Garland himself who spoke about a thought-provoking transition that we should expect of the film, “The first conversation I had when I was meeting actors or having production meetings was that the film is about various things and various themes, but the basic underlying principle is the journey from suburbia to psychedelia. We’re going to start in suburbia and end in psychedelia. That was the underlying principle.” Even more intriguing, production designer, Mark Digby, told Cook about how they designed the mutated flora and fauna of the film, “Our general design ideology that we share with Alex is to keep everything with a scientific integrity.” Looking to actual plants from Fukushima and Chernobyl, the production team did a fair bit of research to stay as close to reality as possible. Cool, huh?

December 21, 2017: In a rapid-fire interview with Gina Rodriguez, Vogue manages to squeeze out a little tidbit of information about the film. This is something we already knew, but is still further confirmation that we’re in for mind-blowing and fantastically wild ride.

“You’re going to see things you’ve never seen before in your life.”

“It was an insane experience, but really fun and great group of women […] We were in these forests behind Pinewood with these heavy, heavy guns and heavy, heavy backpacks. The trailer is like a half a mile away so we’d all stay under this one tent. Pretty much everyone but me was vegan so we were subsisting on oat crackers, nuts, raisins and things.”

Carrying the actual guns and backpacks and surviving on only small snacks sounds like Garland really tried to mimic the conditions of backpacking through Area X. This, to me, is a trademark of a highly-skilled director with broad vision, pushing cinematic boundaries and it’s characters to their limits. Within reason, of course…

And even if the realness of Leigh’s experience was not intentional, we can very easily deduce that Garland is bringing something new and spectacular to the table.

January 26th, 2018: IGN releases an exclusive featurette with a few clips of unseen footage and the Expedition 12 members describing “the shimmer.” If you watch closely, you’ll see from 0:29 seconds to about 0:36 seconds, a quick montage of some of the surreal, yet realistic mutations mentioned earlier.

Some of these mutations include cherry blossom-gazelle-things?! It’s my favourite mutation thus far. Do you have a favourite yet? If so, I’d love to hear it!

So now that you’re all caught up, we can start counting down the days to Feb 23–unless you’re outside of Canada, the U.S. or China, in which case you’ll have to wait an extra 17 days. But don’t worry about not getting to see it in theatres, when you watch it on Netflix, you’ll be united across the planet, with all the other people stepping into a whole new world of human creation… Or maybe not… 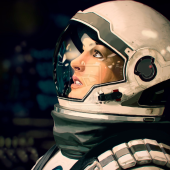 Why Hawkeye is my Favorite Avenger

Best Movies That Talk About Social Media Or Internet

The Boss Baby Gets A Sequel