The Dragon Ball franchise has had a death grip on anime fans for over 3 decades. Most people, at some point, have come across posts talking about how Sailor Moon solos Goku. Regardless of where you stand on these points, for a series that’s over 30 years old, one would think that there are at least over 1,000 episodes, like a particular pirate show we all know. Well, yes, and also no.

In Japan, there are 844 episodes. If you ask an English dub fan, they’d say there are more episodes than that.

In the late 80s, Harmony Gold USA dubbed Dragon Ball, or Zero and the Magic Dragon if you want to go by the Spanish name, and changed many of the character names. This rendition of the series only had 5 episodes and one film that featured movie footage from the first and third films. It flopped, and it was lost to the abyss for a while until some fans unearthed the lost footage.

In the ‘90s, Ocean Group Dubs (Ocean) released a 13-episode dub of Dragon Ball along with 3 films. Funimation then axed the project and decided to focus on dubbing Dragon Ball Z.

In the early 2000s, FUNimation dubbed the series in its entirety for the US, and Blue Water Studios dubbed the series for Canada and Europe. Animax dubbed this series for English-speaking Asian territories; however, there is no video footage of this, and only exists through word of mouth.

Dragon Ball Z (1989-2003) consists of 291 episodes that are set 5 years after the events of the first series, adapting the final 325 chapters of the manga. In Japan, this series ran from 1989-1996. However, the English dub is a different story, and this is where it gets a little chaotic.

The Ocean dub was released in the mid-’90s, and it covers the first 67 episodes, which were cut down to 53 due to various issues. The series was canceled in 1998 due to low ratings. A year later, the series found popularity on Toonami, reviving the series. However, FUNimation dubbed the rest of the series, episodes 54-276, as it was cheaper due to the usage of non-unionized voice actors. This particular series ran from 1999-2003. In 2004, FUNimation redubbed the original Ocean episodes plus the cut 8-episode content.

What happened to Ocean?

Well, because FUNimation began its chokehold on the US, it essentially phased Ocean out of the US. Ocean was able to dub the series for UK and Canadian audiences because it was more expensive to air FUNimation’s version. However, Ocean was not able to dub the full series. Their original end was at episode 53 (episode 67 uncut), but they restarted the series at episode 108. They dubbed all the way to the end of the series. This leaves the Ocean dub with 203 episodes.

Dragon Ball GT (1996-1997) consisted of 65 episodes. It went through a much less complicated history in terms of dubbing. By this point, all dubs were region locked with FUNimation dominating the US market. However, in Europe, Canada and France there are two dubs.

The dub that went out in Europe in Canada was done by the Canadian-based Blue Water studios. Originally, the Ocean dub cast was set to reprise their roles, but due to budget issues that never happened. This particular dub was different from the FUNimation one and never had a home release. The French edition by AB Groupe, known as the Big Green dub due to their changing of Piccolo’s name to Big Green, only dubbed films and specials.

Dragon Ball Z Kai (2009-2011) is the revamped version of Dragon Ball Z (1989). In an attempt to be more faithful to the series, the Japanese syndication ran 159 episodes. They cut 132 episodes from the original run. International syndications included all the anime-exclusive scenes, upping the episode count to 167. While there were talks of an Ocean dub, it never came to light.

Dragon Ball Super (2015-2017) takes place during the ten-year time skip after the defeat of Majin Buu. It has a total of 131 episodes and is free from other localization speculations.

Super Dragon Ball Heroes (2018-) is the latest installment of the series, based on the mobile game of the same name. None of it is canon and is only there to promote the game. There is no news of a dub and is uncertain if it will get one. This series currently has 45 episodes.

We’ve found that there are over 800 episodes, 844 to be exact, as of right now because the current series is currently airing in Japan. This is just based on the Japanese releases alone. Things get muddy once we look at all the localizations.

However, if you want a lump sum and add in all of the previous dubs and versions of Dragon Ball without separating them by studios, we have 1,399 episodes.

If you want to get technical, here is your breakdown: 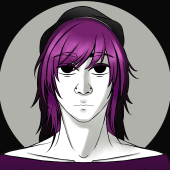 My Hero Academia: Deep-Dive Into Psyche Of ‘Deku Vs. Kacchan Part 2’