The Eyes Of A Ranger

I sat down to watch the new Walker series on the CW and I did my best to view it through the eyes of a ranger. The first thing to note is that this Cordell Walker, played by Supernatural star, Jared Padalecki is not Chuck Norris. That might be a confusing statement for a younger audience. This new Walker series on the CW is actually a reboot of a series from CBS from 1993-2001 called, Walker, Texas Ranger. In the ’93 series Chuck Norris played the role of Walker.

In our new entertainment landscape oversaturated with superhero shows, it’s nice to get back to shows about normal people once in awhile because not all heroes wear capes. I will continue reviewing this show as the weeks progress, stay tuned. If you enjoy a good family drama with horses and cowboy hats, you’ll probably really enjoy Walker on the CW (check your local listings).

After the murder of his wife, Emily, veteran Texas Ranger Cordell Walker goes away on an eleven month long undercover assignment. While away he becomes estranged from his daughter Stella. When he finally returns home, his friend, Captain Larry James, partners him with a new partner, Micki Ramirez. The two work together to shut down a drug trafficking ring (nice try, crime). Walker proves that he is unstable by assaulting a suspect who insulted his wife’s memory (he deserved it). Stella acts out, telling her father that he always puts his work over his family. Captain James offers him the chance to join an anti-cartel task force, but Walker isn’t sure he should accept the offer. He feels that he has a responsibility to fix his broken relationships. His mother Abeline suggests that he move into the old farmhouse (with the horses?) on the Walker family ranch for a fresh start but Walker decides he wants to fix up the house he bought with Emily.

“BACK IN THE SADDLE“

In this episode, Walker finds out that learns that he can’t return to field work without getting recertified. He starts thinking about his wife while riding a horse, and finds himself unable to finish. A lame test won’t stop Walker though as he inserts himself into an investigation anyway. A fire at a local ranch left a farmhand dead and supposedly killed a prize racehorse. Micki learns that the fire was ruse, and that the stable owner was trying to flee the country. Walker finds the horse (no horses were harmed in the making of this episode). He rides that horse to help Micki (like the Lone Ranger). They capture the fleeing suspects and justice is served (criminals won’t be horsing around on Walker’s watch). James clears him for active duty in gratitude. Stella continues to act out, forcing Walker to finally confront the reality that pursuing his wife’s killer has done nothing but take him away from his responsibilities as a father. When it becomes clear Stella and August want to live in the farmhouse rather than their old home, he goes along with it.

Walker finds himself in a difficult position in this episode (because why wouldn’t he?) His childhood pal, Hoyt Rawlins returns to Austin and steals Micki’s new truck (come on, Hoyt). Rawlins is close with Walker’s family, but is also a professional thief. and Micki is forced to arrest him (crime doesn’t pay). Walker refuses to arrest his bud. Bonham reminds him that it’s his duty (serving justice is his whole deal). August succumbs to peer pressure and gets drunk at a bonfire (get tipsy). He accuses Stella of trying to drive their father away by breaking the law. Walker uses his keen detective skills to deduce where the guns are being packed. Walker and friends arrest the dealers and Micki stops Hoyt from escaping in her truck again (Hoyt really like that truck). Stella, with her father by her side, takes responsibility for her actions and is sentenced to pay a fine and do community service by a judge (lesson learned). The experience allows them to make peace with each other. On the way home, Walker shows her how to drive stick the same way Emily taught him (on the road again). 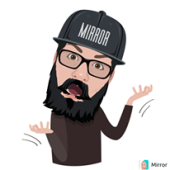 Scorpion: Plight at the Museum