How The MCU Finally Started To Make Good Villains

Oh the Marvel Cinematic Universe. You’ve been with us for so long now some people might not remember a time prior to the interconnected movie universe you’ve spent the last 10 years building. A universe thats spanned 18 movies and shows no signs of stopping with Black Panther debuting last weekend and has cruised passed $500,000,000 worldwide in its first week ($520,054,422).  The movie is a critical and commercial hit and with Avengers: Infinity War debuting in May, Thanos has some big boots to fill.

Erik Killmonger finally gave the fans the perfect blend of a relatable and empathetic antagonist.  For a large portion of the MCU the villain has generally been regarded as the evil version of the hero or just an evil force that the hero must stop.  Whiplash in Iron Man 2 and Malekith in Thor: The Dark World are the most on-the-nose definitions of those. Both forgettable and as I’m writing this cannot think of any implications they have had on either character. The better villains of the MCU have come in Phase 3, and hopefully my explanation shows how the relatable and empathetic villains are a sign of things to come for future films.

Ego (Guardians of the Galaxy: Vol 2)

The living planet made a slight departure from his comic book history by becoming Peter Quill’s father in place of J’Son, Emperor of Spartax, but it was a change that was generally well received by audiences and fans alike. The villain at first seemed to care for his son, and showed the same charisma that audiences had first seen from Star Lord in Guardians of The Galaxy. Of course, this was short lived and we eventually find out that Ego fathered hundreds of children with many species so that he could conquer the universe.  While the universe conquering was nothing new, the motivations of Ego were somewhat relatable. He was alone in the universe and looking for acceptance. As a celestial he was an ancient species and had been alone for many, many years.  As Ego even states, he found that he could expand himself into different planets and take over.  Of course, Quill sees this and in addition to Ego murdering his mother, Quill and the Guardians stop him.  An amazing film, and the addition of a villain that had a familial connection to the main character made this film all the better.  The final battle with Ego also showed how much Yondu really did care for Peter, and this relationship became that much stronger before Yondu’s untimely demise.  An emotional ending to the film, was created as a result of a strong villain and conflict.

Spiderman’s return home to Marvel Studios was appropriately titled Homecoming. With the intention of a much younger Peter Parker it would seem that the new plan would be to follow him in his teen years throughout high school similar to his comic counterpart. The addition of Spiderman to the MCU brought with it the addition of Spiderman’s villains who have had years of history fighting against the Avengers, but it also brought concern over perhaps a 3rd iteration of the Green Goblin opposed to the debut of other members of the Sinister Six, such as Kraven the Hunter or Mysterio.  Luckily we were treated to two iterations of the Shocker, a Scorpion cameo, as well as the main villain, Vulture.

Adrian Toomes (Vulture) was part of a bigger group of people who’s jobs were taken by Tony Stark, the D.O.D.C and the U.S Government as part of a cleanup effort after the New York Attack.  Toomes began stealing weapons and created his own suit which looked like a cross between Falcon and Iron Man.  His actions in the film, represented a group of people who have been shafted by the government and forgotten about.  He steals to provide for his family, which includes Peter’s love interest Liz as his daughter.  The comedic timing of having Peter meet his date’s father, only to have him be the scary bird creature that almost killed him serves as yet another stride Marvel has taken to making more relatable and relevant villains.  Peter’s actions over the rest of the movie forced him to think about the implications they would have on Liz.

Stealing to feed your family is nothing new to storytelling nor was it original, but it did allow for a relatable grounded character the MCU did not have yet.

The Thor franchise was easily one of the weakest of the big three Marvel originally had to offer (Iron Man, Captain America, Thor).  Weak critical acclaim and stumbling numbers meant a shakeup was necessary for the third film.  Out went Natalie Portman and Earth for the most part, this film was going to be an intergalactic adventure starring Thor in his best outing.  The comedic film also provided the MCU with some of its best fight scenes and up until Black Panther, it had the best villain.  Hela was the Goddess of Death and prior to that she was Odin’s partner as they claimed the nine realms.  She wielded Mjölnir prior to Thor and was his and Loki’s older sister.  She also was banished by Odin for wanting to keep conquering, and why shouldn’t she think that? It was her life.  She was a warrior and was instructed to no longer fight.  After Odin’s death she returns to take her place (rightfully?) and after destroying Asgard’s army and Thor’s eye, she is eventually defeated by Surtur as SHE is trying to save Asgard.  Was she so wrong to think she was the rightful heir and to protect her home? No. However, she did murder half of her people and rule through fear and intimidation.  With better parenting, Hela might not have been as awful as she ended up being. Regardless, Hela cements herself as the top of the MCU’s villains, as well as Marvel’s best female villain (so far).

Last but not least, Erik Killmonger. Remember when I said he was an antagonist? Well here’s my reasoning. My favourite villains are those that are not really bad people, and where you can see how they got somewhere through some injustice and they have chosen to fight that in a way that is generally deemed wrong.  I guess you could have gathered that from my previous points but Killmonger is all of those villains above and more.  He does not really show any of the flaws of those villains. Ego wants to rule the universe because well… he’s got a big ego (sorry I had too) and he wants the universe to be him.  The Vulture was wronged by the government and turns to crime, which put his family in danger. And Hela murdered her own people.  Killmonger was wronged by T’Chaka because his father wanted to help people.  He was left alone in the west to fend for himself.  He became a soldier and won the Border Tribe over with the murder of Ulysess Klaue.  He then won the battle for King of Wakwanda in a fair fight. He then even wanted to share the wealth with the world.  His only flaw in this was that he was driven by emotion.  He did not serve as a true definition of a villain.  He acted as an antagonist to the Black Panther having burned the Heart Shaped Herb and taking over the thrown.  His actions otherwise were villainous to the royal family but his intentions always remained for his people.  Through this conflict T’Challa does see that Erik is not entirely wrong, and they are both paying for the sins of their fathers.  It is because of this that at the end of the film he decides to share some technology with the rest of the world including the area where Erik grew up.  He knew his father was wrong in leaving him, and decides to write these wrongs with a new start.  He embraces the reasonings Killmonger had, and does not serve as a villain but rather an antagonist to T’Challa.

This parallel mirrors one of my favourite comic teams, the X-Men.  The X-Men’s main antagonist Magneto, is one of my favourite villains because we know why he feels this way and his views on mankind make me want to join the Brotherhood of Mutants.  When Killmonger walks into the Throne room in Wakanda, I felt myself kind of rooting for him. He was of royal blood and through no fault of his own he was cast out.  He lived a life of discrimination, and for a brief time crime before returning to the sheltered world of Wakanda.  He was filled with emotion and wanted to make sure that people who looked like him would not succumb to the same injustice that he faced.  Even in his death, he provides social commentary that still sits with me a week after watching it. “Nah, bury me in the ocean with my ancestors that jumped from the ships. Because they knew death was better than bondage.”  Delivered by Michael B Jordan in one of the best scenes of the movie as he stares over Wakanda pulling the dagger from his sternum.

Not since The Joker in The Dark Knight, was I finding myself so drawn to the villain and wanting to see more of them.  Although it would be nice to see a return to the screen for Killmonger, it would ruin his powerful death, as well as change the journey T’Challa now finds himself on.

There you have it.

The relatable human characteristics the villains had, made it easier to empathize with them, as well as add a layer of depth to the heroes journey to stopping them. We can see T’Challa not wanting to kill Killmonger, and that he knows it was his father’s mistake that he now is living with. Killmonger was that villain that finally propelled Marvel to that next level, not quite the Heath Ledger Joker, but a fair improvement from Aldrich Killian and Yellowjacket. The only problem now is creating an empathetic but fearsome Thanos that audiences will want to see after this powerful performance by Michael B Jordan. It will be no easy task creating an empathetic CGI character, but if anyone is up to the task, it sure is the MCU and Disney. 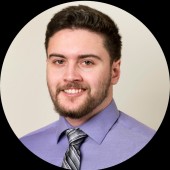