Three young children are terrorized by their teenage babysitter, who turns out to be something other than she claims.

So I was scrolling through the IMDb of this movie, and much to my surprise I stumbled across a review referring to the ‘tampon scene,’ so I was quite curious to see what this film had in store for me; it sounded like I was in for a very strange ride. In the very beginning of this film you see a young teenager get kidnapped. (As an aside, my good friend Jesse made a joke, saying, “that happened to me once. I almost got away with it, too,” which was absolutely horrible and hilarious.) We cut to a dad picking up the new babysitter (Agent Carter‘s Sarah Bolger), and explains that he had to hire her because ‘ever since the last babysitter got her braces off she’s been so unreliable.’ I totally would have missed that joke if I had not accidentally rewound the movie, so I just had to bring that up for those of you who also missed that minor, but clever, tongue-in-cheek joke.

You could tell, even from the very beginning, that the kids in this movie are very talented actors — even the youngest. They take their roles and go above and beyond with it, and make their characters feel so realistic. This isn’t just a credit to their acting alone, as the scenes with the children in it are extremely well-shot, but their performances really are astounding. They all gave absolutely amazing performances, and could have honestly carried the movie on their own. Thankfully they did not have to, as all of the other actors throughout this movie were outstanding as well.

This movie drops subtle and not-so-subtle hints as to the true nature of things, which successfully works in making the audience think that this film is going to go one way. Now, I’m not going to spoil it and tell you which way it goes, but by playing this tactic with every move the babysitter makes it causes such a looming feeling of suspense, curiosity, but most importantly fear of what is going to happen next and what the outcome will be. I will warn you though: there are several potentially triggering instances throughout this movie that feel almost pedophilic in a way. This is not only shocking due to the fact that she is a woman and society often tries to edge the concept of women pedophiles out of the realm of possibility, but also because they went just far enough to make you feel uncomfortable without dipping into sexual harassment territory. This entire film causes the viewer to be uncomfortable, and honestly this is just the start — completely minor compared to what the rest of this film has in store.

Alternatively, there are several scenes in this movie that are so lighthearted and full of tiny little jokes — mostly moments where the younger kids were being absolutely adorable — that I found to be endearing and heartwarming. This made it all the more worse when the scenes of dread and tension came back into play. I don’t find myself to be an over-sensitive pers– …okay, who am I kidding? I am probably the most sensitive human being you will ever meet. But there are a lot of scenes in the film where you see the children psychologically tormented in cringeworthy and heartbreaking ways. It nearly made me want to pause the film and take a break. For example: (And keep in mind, this is a minor offense compared to most others scenes!) the babysitter convinces the youngest child, who must have been no older than three, that it would be funny to feed his sister’s pet hamster to his preteen brother’s pet snake. The most terrifying and heartbreaking thing about this scene was the children’s reactions to what was happening. This was the moment the two older children began to realize that there was something wrong with this babysitter, and that what was happening was not right. When movies bring animals death and cause children immense pain — physically or mentally — you instantly know that this movie means serious business. Many movies will not tread both these territories, and it shows that no one in the movie is safe. This movie is NOT for the faint of heart. There are some dark psychologically-damaging things that happen to these children throughout the film that are so hard to watch. It doesn’t matter how seasoned in horror you are, it is painful. The daughter’s damage was probably the hardest to watch. At the start of the film she is a happy little nine-year-old girl who plays dress-up and pretends to be a princess. By the end she is a dark, damaged character who will need years of therapy to help her overcome the havoc that has been brought upon her.

The actors, the music and the way this film was shot is what made this movie what it is. It was absolutely brilliant! Everything about Emelie draws you in so much that you care about every single character. If you are looking for dark, psychological horror this is exactly what you are looking for. The directors of this film really focused on every minor detail and possibility and potential outcome. It was well-thought-out, maniacal, and crazy from the very start to the very end, and even if I described this movie with every single minor detail it is something that needs to be seen to be believed. I did not expect this from this film by any means, and was completely taken by surprise. Please do yourself a favour and put this movie at the top of your to-do list and watch it. It has to be one of the most underrated horror films that I have ever seen. I rate this movie a surprise 9.5/10. It is absolutely a must-watch and will take you on an adventure that you didn’t know you wanted to go on. I was honestly worried that a movie this well-done with stumble on the ending, and although some might disagree with me, I felt it was the ending it deserved. Check it out yourself and let me know what you think!

(P.S. — the aforementioned ‘tampon scene’? It was messed right up. I don’t know else to say. I’m not sure what I was really expecting, but it was definitely not that.)

Happy holidays from us here at TGON, and stay glued to The Game of Nerds for all your horror needs! 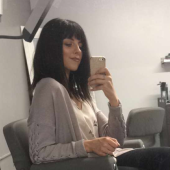