Is Boba Really A Fett?

When most people think of Boba Fett, they think of a scary dude in green armor who doesn’t talk a lot and gets eaten by a hole in the sand. What they don’t think of is a farmer. Well, I’m here to tell you that his name literally means farmer. Boba Farmer. Not quite as scary now, eh?

You see, fett is a bastardization of the Mandalorian word vhett, which means, you guessed it, farmer. But luckily for Boba (and Jango before him), not many folks in the galaxy speak Mandalorian. If more of them did, maybe he’d have to exchange his EE-3 blaster for a pitchfork or something, and that wouldn’t have quite the same effect.

As far as we know, Boba never touched a pitchfork in his life. He grew up on Kamino, and after that immediately began his life of being scary and killing everything. Not much time to learn how to farm when you’re trying to become the coolest customer in the galaxy. Of course, he did spend ten years on Kamino, so he might have learned some hydroponics when he got tired of eating fish every single day.

Now you can tell your family and/or friends that you learned something new today. You learned that the galaxy’s best bounty hunter has a family name that means farmer. Maybe that’s why his armor is green . . . . 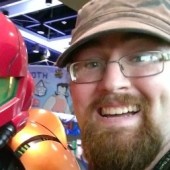 Is Disney Ready to Give Star Wars the Marvel Treatment in Gaming?