The Saxons return to Wintanceaster (Winchester) after a victorious battle with the Danes. The King however has been gravely wounded and lies near death. Father Beocca (Ian Hart) hurries to Uhtred and Brida languishing in prison where Brida scorns him and then tries to attack him. Beocca tells Uhtred that Alfred is in his debt and he will be rewarded in some fashion.

The king has died. Despite plotting by Odda the younger (Brian Vernel), and Aethelwold (Harry McIntire), Alfred is named as successor. The Witan council show their support for Alfred and despite the ‘birthright’ of Aethelwold he is ignored. Depressed he turns to drink when Odda the elder (Simon Kunz) and Leofric (Adrian Bower) tell him he will be sent to a monastery in essence to get him and keep him out of the way.

Finally Uhtred Brida and Alfred meet again. Uhtred demands lands and title as deserved reward for his information. Alfred tells Uhtred he is a nobleman in Northumbria, but that ‘this is Wessex’.  Uhtred flips this back to include Alfred’s future plans replying that ‘this is England’. Alfred then speaks to Beocca proposing that Uhtred become a nobleman by marriage, and how to get rid of Brida.  Beocca agrees as she is hostile to Saxons and ‘miserable Christians’ in general and he would be glad to see the back of her.

To Crown the King

Brida picks magic mushrooms to induce a trippy trance and the Gods show her a vision of her departure with Young Ragnar.  Attending Alfred’s coronation with Uhtred she slips away and Uhtred joins her to have passionate sex.  She later suffers a miscarriage.  After they bury the child, Brida acknowledges the end of their time together is coming.

The Danes accept Alfred’s invitation to peace talks underestimating him to their cost.  When they see Uhtred they are enraged and demand his death for peace but Alfred declines. He offers the Danes money and livestock to get lost, which they accept for the present. Later he tells Uhtred he would never betray him and asks him for a year of service training his men in Viking battlecraft.

In the meantime Young Ragnar has returned and meets with first Brida then Uhtred to find out the truth about his family’s massacre.  Brida leaves with him but Uhtred had already sworn his oath to Alfred as well as scheming to use Alfred to get his lands and castle back. Leofric (Adrian Bower) talks to Uhtred about Alfred’s vast intellectual capacities – ‘the bastard thinks’, as they watch the Viking ships depart.

Aethelwold – ‘God will not allow him (Alfred) to kill me.  I like God‘. 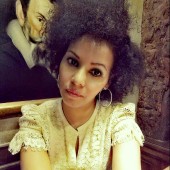 What we know so far: Transformers: Bumblebee