In case you live under a rock (or have just been busy crying into your pillow every day like me waiting for any news on the fate of our beloved show), Bones has been renewed for a 12th and final season! For now, let’s just focus on MORE BONES episodes rather than thinking about the “e” word…We have plenty of time for that later. There is still so much more to come in season 11! The showrunners, cast and crew all had some really lovely things to say about the season 12 news, and I know we’ve all read them. But I’ll leave you with DB’s words:

“This is for the fans!,” Boreanaz said. “Thank you to everyone at Fox and of course Dana and Gary – for all your support. Thank you to Hart, Stephen, Ian, Michael and Jonathan. Also to the crew and cast for their countless support along the way! And I couldn’t have done it without you, Emily!

The “usual” time slot. I say “usual” because Bones has been in almost a dozen different time slots during it’s run (and still it perseveres). So mark your calendars! 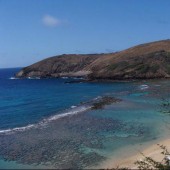 Fresh Off the Boat Season 4’s “Liar, Liar” is all Hooters and Teen Angst

Mr. Robot: Too Many Cooks