With all hope seemingly lost amongst the downpour of negative Justice League reviews, DC fans can be heard admitting defeat, claiming we can no longer save the DCEU from total implosion. However, cue Wonder Woman‘s swelling soundtrack and quote with me the inspiring words of our favourite female superhero: “No, but it’s what I’m going to do.”

Five movies deep into their shared cinematic universe, Warner Bros.’ troubles are still heavy on their shoulders. Despite the awards buzz and unanimous praise for Wonder Woman, their other projects have been critical failures and, at best, divisive. So what can be done about this? Rather than just pointing and screaming about each problem like an angry fanboy (because when has that ever resolved anything?), I’m instead going to list off a healthy dose of constructive criticism with a few ideas on how Warner Bros. could move forward with their decaying franchise.

1. Just Be Your Own Thing

I know it’s been said countless times already, but Warner Bros. still haven’t figured out what they really want their franchise to be yet, even after this month’s big culmination extravaganza. Although the concept for a shared universe had been planned (and scrapped) over at DC before Marvel Studios planted their flag in 2008, DC now find themselves in the no-win position of playing catch-up. But why try and emulate Marvel’s success when you’re inescapably being compared to them? Why try to re-catch lightning in a bottle? Look instead to X-Men‘s hit-and-miss foster parents, 20th Century Fox, who recently regained status through risk and experimentation with their raunchy action-comedy, Deadpool, this year’s dramatically-heavy neo-western, Logan, and what looks like a John Carpenter-inspired horror flick in next year’s The New Mutants.

In a cinematic age where distinction is everything, the over-populated superhero scene is definitely no exception. While it’s an incredible time to be a comic book fan, seeing beloved characters and iconic storylines brought to life on the big screen, you can’t deny it’s getting harder for these movies to stand-out in the crowd. But to progress forward with success, Warner Bros. need to crack that code and figure out a way to distinguish themselves stylistically from their competition in order to win back our enthusiasm. The key here is creativity, not budget; the franchise’s puppet masters simply need to ask themselves, what hasn’t been done before within the superhero genre? Marvel Studios have conquered the connected universe, while Fox are dipping into different cinematic genres. Here’s some quick ideas on how to distinguish the DC projects, and humour me, these are from the top of my head: Why not make a Mad Max: Fury Road-inspired romp for The Flash? Constantly moving, hard to keep up with, and a brilliant excuse for road-movie action. Or try a less traditional film in which the protagonist isn’t the superhero, but instead Lois Lane shadowing the Man of Tomorrow on a dangerous journey?

2. Have Confidence in Your Directors

David Ayer is a good filmmaker. It wasn’t easy to think so after Suicide Squad, but then I’m reminded of End of Watch and Fury, two brilliant dramas about friendship and unity, and suddenly I can’t bring myself to put all the blame on him. The last-minute studio changes made to Suicide Squad were reported on an endless cycle at the time of its release, yet I don’t think anyone was quite prepared for how extreme those interferences were — spoiler alert, they were extreme. And now with the release of Zack Snyder’s Justice League, the evidence of another corrupted vision is as plain as day on the big screen. Of course, these changes are all rooted in the unexpected criticisms of Batman v Superman: Dawn of Justice, which was universally considered too ambitious and void of hope. Feeling the sudden blow and starting to sweat, Warner Bros. quickly commissioned story adjustments and tonal changes to both upcoming films, the former of which was actually finished, while the latter was still being developed. And the result? Two empty (and expensive) promises — action-packed and colourful on the outside, but lacking basic coherency and depth within.

Remember that first trailer for Suicide Squad that was leaked out of Comic Con, the one which played an ominous cover of The Bee Gees’ “I Started a Joke” and debuted Jared Leto’s performance as The Joker? “Oh, I’m not gonna kill you,” he declared to Harleen Quinzel. “I’m just gonna hurt you — really, really bad.” I think that trailer promoted Ayer’s initial vision for his ensemble picture: a twisted comic book take on The Dirty Dozen and The Silence of the Lambs, not exactly lacking humour, but just not letting it drive the car. However, by ordering those dreaded re-shoots to lighten-up the dialogue and allowing a trailer-editing company to produce the final cut stuffed with “quirky” music choices, Warner Bros. gave us a disjointed and scattered attempt to win back their audience. As for Justice League, the changes aren’t quite as glaring as some were ordered from the pre-production stage, but the film still acts as a misguided apology for the wrongs of Batman v Superman.

Hosting different directorial styles won’t sever the franchise ties, just like different artistic strokes have never been a problem in comic books. On the contrary, they make the comic-reading experience all the more interesting and limitless. By giving their directors more control over the products they’re making, Warner Bros. will allow their franchise to flourish as a creative one with clear, separate voices connected by a colourful thread. Hell, this solution has even been proven with Wonder Woman, a critical and commercial phenomenon that director Patty Jenkins clearly had at least 95% control over (the other 5% being that suspiciously Snyderish final battle). We’ll have to wait with our fingers crossed that next year’s Aquaman bears James Wan’s fingerprints, which never seem to disappoint in delivering a good film.

3. Focus on Stand-Alone Entries for a While

Let’s get something out of the way: Henry Cavill deserves another stand-alone Superman film. Okay, Man of Steel wasn’t quite right, but come on, what potential! And what a team player that guy is — he re-shot his scenes with a full moustache for goodness sake. But that’s not my point. By turning their main focus away from team-assembling and world-building, the DCEU could really dive into the individual characters they’ve introduced and make us truly care for each of them, while also delivering separate, self-contained blockbusters succeeding on their own artistic merits. Aquaman is set for release next December, while a second Wonder Woman is being developed with Jenkins thankfully back in the director’s chair, and Matt Reeves’ The Batman still appears to be moving at a very slow crawl, with or without Ben Affleck in the titular role. Yet the creative minds at DC seem to be playing a constant game of darts with film concepts sprawled across the dartboard — whatever they land on, they announce! Black Adam? Sure! Gotham City Sirens? Screw it, why not! I’m guessing the bullseye is their Man of Steel sequel, because that still hasn’t seen the light of day despite floating around for the last few years.

But instead of thinking so far ahead with multiple films involving The Joker and apparently bringing even more heroes such as Batgirl and Nightwing into the mix, the DCEU just needs to prioritise the ones it currently has. Going by their brief debuts this month in Justice League, I can safely say that I loved Ezra Miller’s comedic and naive presence as The Flash and Ray Fisher did a suitably low-key job portraying Cyborg. But now I need to be invested in these people, and not just in a “I like that character, he’s funny!” kind of way, but I need to be invested, like the way Jenkins and Gal Gadot made us invested in Diana’s internal and external journeys. To achieve that connection, we have to see these heroes’ stand-alone stories be developed by filmmakers who care. Although I’m aware it’s on the table, I wouldn’t recommend making The Flash’s first entry an adaptation of Geoff Johns’ “Flashpoint” tale; I understand Warner Bros. probably see it as a tool for righting wrongs (a la X-Men: Days of Future Past) and possibly even writing Batfleck out of the picture, but that’s just going to seriously confuse things further. We don’t need that.

Obviously, these are just the ramblings from a long-time DC Comics fan wanting to see this franchise succeed, as I’m sure you do. Besides Wonder Woman, their run so far has been lukewarm, to put it kindly, but each film has been teeming with so much potential that fans have produced theories on what might happen that have ultimately been more interesting than what actually happened. And despite its pitfalls, Justice League did mark the beginning of a positive course-correction. Let’s hope Warner Bros. remain with their newfound optimism going forward, but utilise it in producing ambitious, creative, and distinctive entries with inspired filmmakers, rather than directing all their focus distractingly onto the bigger picture itself. You never know, James Wan’s Aquaman could be the start of something great. We’ll just have to wait and see. 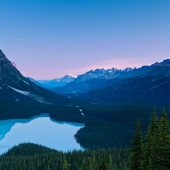 Best Movies That Talk About Social Media Or Internet

Is The Gremlins Franchise Set to Get a Major Reboot?