Last week’s episode of Arrow was pretty solid. Not a whole lot of action but a lot of story building for the season.

Hey spoilers ahead and watch the episode if you can.

Perhaps the biggest take away for this episode is the fact that Bruce Wayne was name dropped by Oliver. But hey don’t take my word for it check out this clip of the Bruce Wayne name drop.

Anyways so Tribute opens up with the press release seen above.

After the press release Oliver, Quentin and Rene are meet in the Mayor’s office by FBI Agent Watson. As a courtesy she wanted to let Oliver know she was leading the investigation of him being the Green Arrow.

Rene himself did some investigating and he discovered that the photograph came from inside the Channel 52 building.

Curtis and Felicity have been tasked with investigating the photograph as well. They are trying to find where and when it was taken and if it was doctored.

Curtis asked a question I’m sure all of us have been wondering: “Where does everyone on Team Arrow get there money?” Curtis has been doing some freelance coding.

Meanwhile Oliver and Quentin are having some business meeting at what looks like the docks. They are working with a Markovian company called Vortex. Of course no one there cares about investing they are just there to badger Oliver about being the Green Arrow. The meeting is cut short by an attack from some gunmen.

The attack was orchestrated by the Bratva led by Anatoli. Luckily for everyone Quentin pulled some hero moves and led everyone to safety unfortunately Anatoli and crew caught up with them and took the Markovians hostage. Anatoli has business with the Markovians.

Meanwhile at the Arrow cave Diggle calls Oliver his best friend and Dinah digs into to Diggle about not being able to shoot.

Breaking News! The Bratva will execute the hostages in 12 hours if they do not get 20 million dollars. Funny the city just got 20 million to rebuild the police station.

What would a season 6 episode of Arrow be without some William drama. William got swung on at school because his dad is the Green Arrow. Oliver gives him the best fatherly advice, “find the biggest one and hit him in the nose as hard as you can next time.”

Mr. Terrific and Overwatch have located the hostages. They are being held at a Bratva run restaurant.

Action ensues as Team Arrow comes to the rescue. Diggle still can’t shoot but it’s fine this time. They found the hostages but the CEO was missing.

Oliver doesn’t have time to celebrate their partial win, a text from Raisa says that William needs him.

During this time Oliver is supposed to meet with Agent Watson, Rene and Quentin are there to stall.

Oliver texts Quentin saying he can’t make it due to a family emergency. Watson finds that very convenient considering the Green Arrow just saved the hostages. She also mentions that William’s mother’s death is strange. Agent Watson is good.

Turns out William’s emergency was just him worrying that Oliver is going to die like his mom. As he puts it “a million psychos are trying to kill him.” Oliver promises that he will always come home. They are then interrupted by a work call.

It’s a video call from Anatoli. He has been exiled from Russia for his dealings with Oliver last season. What he is doing now is to prove he isn’t weak to the Bratva.

The CEO looks messed up. He has been poisoned with a neurotoxin. He’ll die in 3 hours if Oliver doesn’t pay up. Anatoli has the antidote.

Luckily Starling General also has the antidote. Diggle and Dinah are there to retrieve it. Apparently the Doc has been seeing John and recommends he keeps taking his pain meds. Interesting.

John finally comes clean, he got hit with sharpnel on Lian Yu. The sharpnel in his shoulder has given him regenerative nerve failure. Dig wants to keep it their secret.

More sleuthing from Curtis and Felicity. Some photo analysis and Bratva location searching.

Watson has given Rene a person of interest list for Oliver. She wants to speak with William.

The location of the Bratva has been pinpointed to an abandoned shipyard. Wilddog is back in the field.

More action ensues. Dinah is in danger and Dig still can’t shoot. She takes care of it herself.

Oliver finds Anatoli and the CEO. Ollie hits him with an antidote arrow. Pretty freakin’ cool but Anatoli catches on and shoots the CEO.

Anatoli and Oliver have their differences but Anatoli insists he is still a good man. Unlike Adrian Chase he would never go after William. Oliver asks if he leaked the photo and he says no because he is a honorable and good man.

Oliver finally meets with Watson and tells her he has nothing to hide and is open to any bit of investigation but she cannot speak to William.

More breaking news. The photograph of Oliver as the Green Arrow has been confirmed to be doctored.

Even with that news Watson is not going to drop the investigation.

Who would want to frame Oliver Queen?

Hey, Curtis and Felicity are going into business.

John and Dinah have a talk about Dig’s injury. John is going to tell Oliver about it.

Oliver apologizes to William and admits he is wrong about always coming home but he promises to make it true. He also promises to be the best father he can be. William then invites him to play Xbox with him. 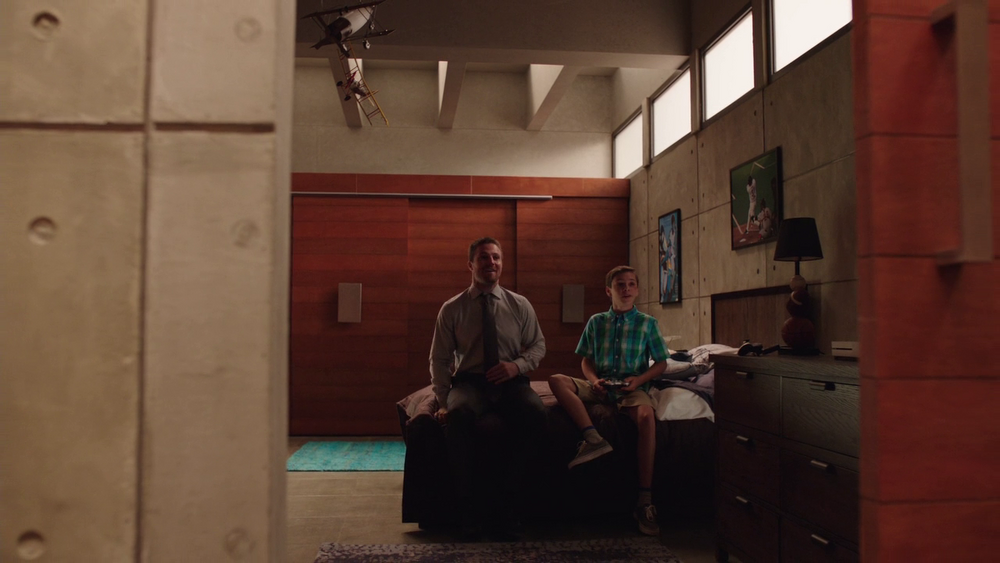 Ollie and Diggle meet up. Diggle is about to tell Ollie about his shoulder when Ollie drops some heavy stuff on him. Ollie wants Diggle to take over the mantle of Green Arrow. Star City needs the Green Arrow but it can’t be Oliver. Of course Diggle says yes.

See you next Thursday.

The Man in the High Castle Season 3 Review

The X-Files: S11E04 “The Lost Art of Forehead Sweat” Review

10 Archie Comics Characters We Want to See in Riverdale